Looking for the best budget airlines out there? Look no further.

Without budget airlines, we would all be restricted to saving up for one big trip a year, hoping to find airfare for $2,000 or less.

Now, there are $200 roundtrip international airfares out there, no strings attached.

Granted, you usually can’t bring much with you, no meals are provided and it’s not the most comfortable journey in the world, but it’s cheap! So cheap!

Have you ever heard the rule about New York takeout that it can be 2 of the 3: fast, cheap and delicious, but never all three? The same rule applies to airline tickets.

Set realistic expectations and you’ll get through the few hours it takes to arrive somewhere new and life-changing. Let me break it down for you.

What is a budget airline? 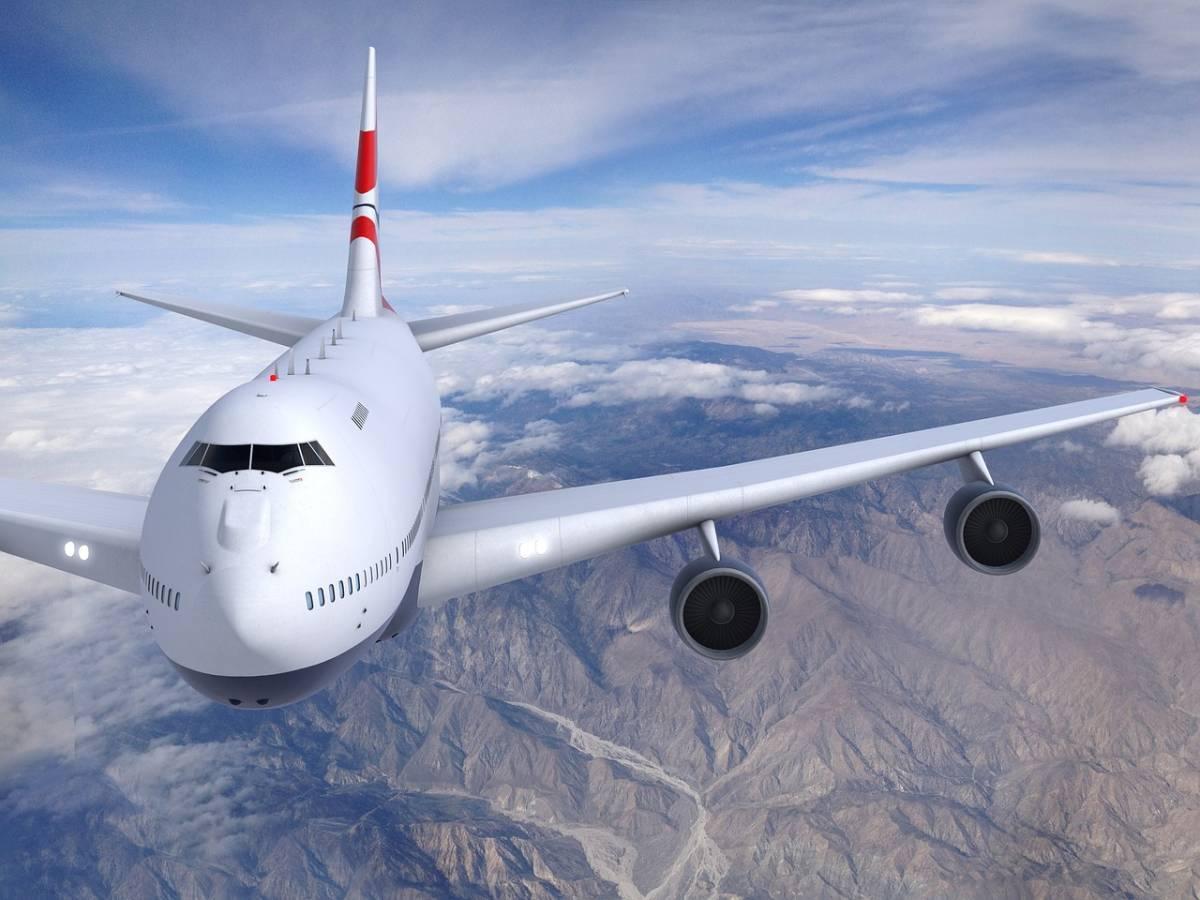 A budget airline is a no-frills flight provider.

They allow you to purchase a base fee, which essentially just covers your presence on the plane, and charge you for everything else, from carry-on bags to boarding passes.

The idea is that you can only pay for the services you need, making traveling is more affordable for people generally.

In addition to offering seats of their own, budget airlines are forcing traditional carriers to offer cheaper alternatives to existing tickets, giving birth to the “basic economy” fare. 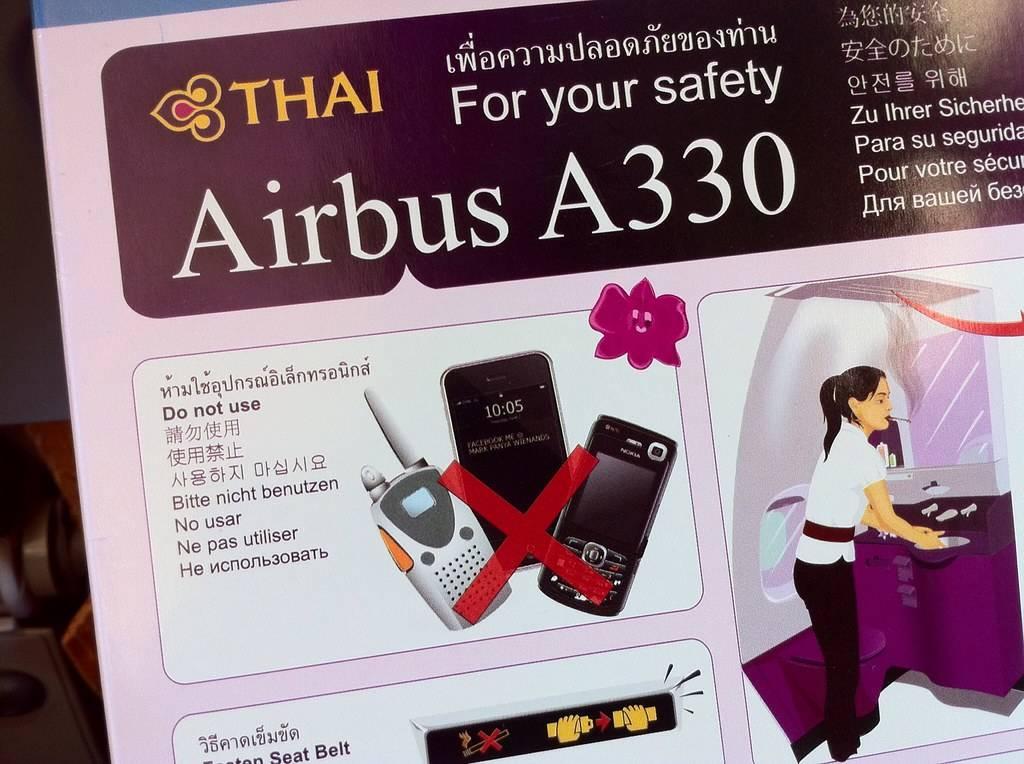 Budget airlines have to meet the same refutations and restrictions as traditional airlines.

They are just as safe, although they may not be as comfortable depending on the airline you fly with.

They’re not all created equal, however, with airlines like JetBlue receiving consistently higher customer reviews and rating than an airline like Spirit.

You find more of my recommendations below.

What are the drawbacks to flying with budget airlines? 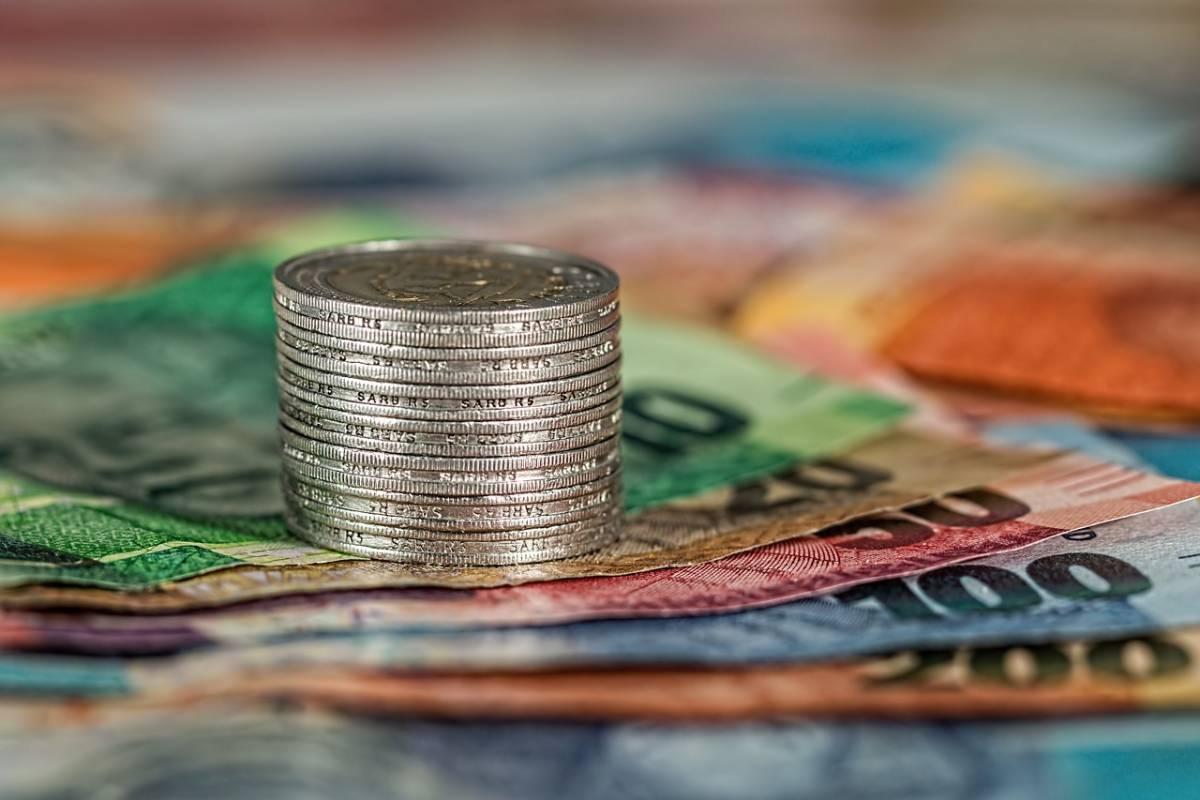 If you don’t plan ahead of time, flying budget can cost you more than flying with a traditional airline.

Make sure you book your luggage at the time you are a reservation, bring your own meals and a refillable water bottle to be able to have your own beverage on board the plane without having to pay extra.

Download the mobile app for the airline or print your boarding pass ahead of time.

Make sure you know if there’s a size or weight restriction for your carry-on bag so you’re not charged an additional fee.

For those who go about budget bookings the right way, it can be an easy way to save hundreds of dollars.

What are the best budget airlines? 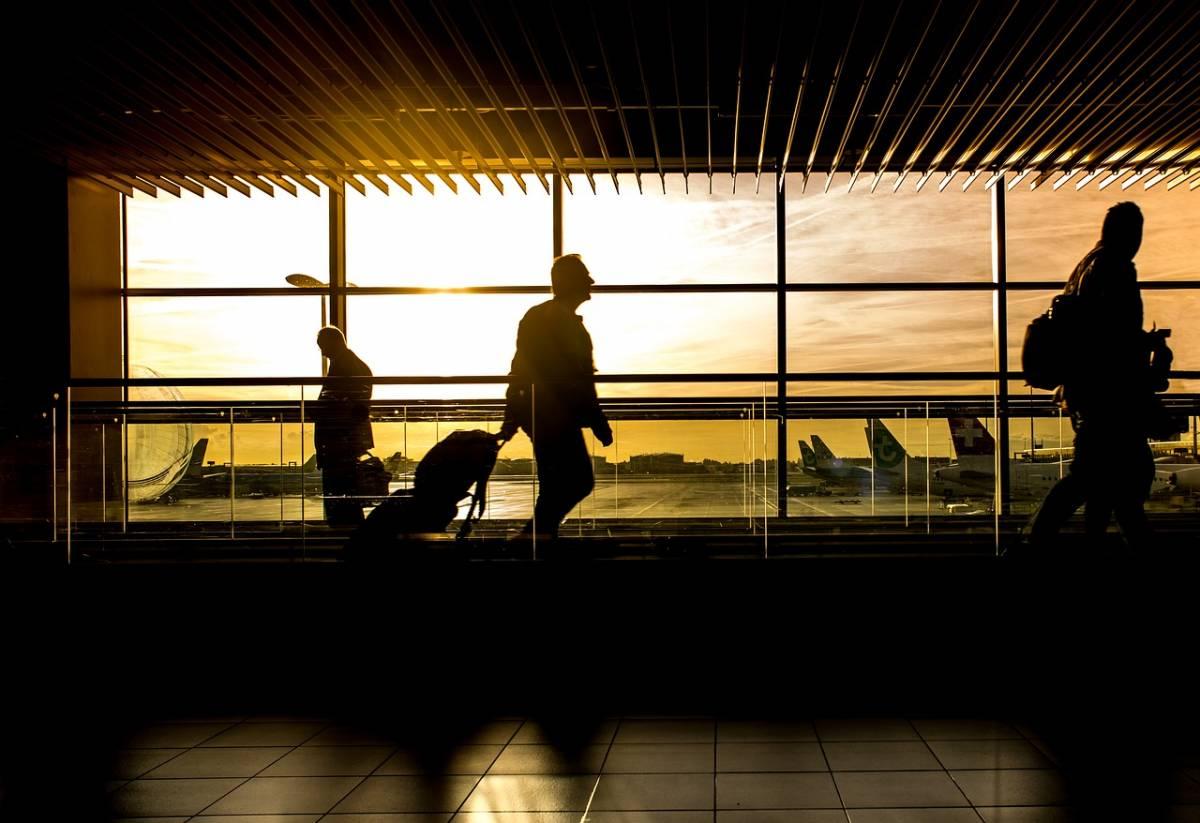 Now let’s get to the good stuff. What are the best budget airlines are worth flying, and which ones should you periodically be stalking for deals?

In my experience, the best ones include but are not limited to:

JetBlue is consistently ranked as one of the top airlines in the United States, with routes extending into South America and the Caribbean.

They have very affordable flights, the most legroom in coach and an easy-to-redeem points program. This was my first branded credit card. They offer a beverage and a snack on every flight, no matter how short.

All things considered, their service is pretty good. Highly recommend this airline!

RELATED POST: THE BEST AIRLINES TO FLY WITH TO MEET YOUR TRAVEL NEEDS

The customer satisfaction is the opposite of JetBlue with Ryan Air.

I’ve heard people like that the staff’s job is to make you cry. Admittedly, it can be a pain to fly with them.

I recommend springing for the priority boarding — it’s roughly $10 and guarantees that you get overhead bin space.

They weigh your bag at check-in and at the gate.

That sais, a little travel hazing is a small price to pay for 20 Euro international flights all over Europe — from London to Barcelona or Athens, nonstop!

This is a competitor of Ryan Air and offers prices in GBP by default.

They have return flights for under GBP100 with last minute deals advertised directly on their website.

EasyJet is great for flights within Europe.

This Denver-based airline has cheap domestic flights, like $25 flights from Austin to New Orleans or from Vegas to San Diego.

That’s less than the gas it would cost you to drive to some of these places!

The airline is notorious for delays but I’ve had good luck flying with them.

Nothing fancy but gets the job done.

People have a love/hate relationship with Spirit.

They love that it’s so cheap but hate absolutely everything else.

I swear I was once charged for a glass of ice on board. It’s best to bring your own entertainment on board.

There are also frequent delays and cancellation, but they have great deals to major cities like New York and Fort Lauderdale, as well as a $9 fare club that you pay for membership in yearly.

TAP Air is a Portuguese airline with crazy low fares.

I once paid $29 for a base fare from Miami to Spain, with the rest of my $200 bill consisting of taxes and fees.

This means that if you miss your plane, you’re SOL since they won’t reschedule you. Also speaking from experience on this one.

They access more than 90 destinations in 37 countries across Africa, South America, Europe and North America, so they cover a wide range of destinations.

You can find deals right on their homepage.

This is an excellent airline for traveling around Southeast Asia.

You can connect between countries like Thailand, Cambodia and Malaysia for $50-$100 one way.

Overall they’re a comfortable airline, though you need to be sure to purchase any meals ahead of time or come with your own food.

There are no meals available on flights shorter than 75 minutes long.

Norwegian boasts Dreamliner planes with features like windows that tint automatically, blue light to help you feel more rested, fresh air circulating in the plane, a TV on the back of every seat with hours of entertainment and the ability to order food or page a flight attendant right from the screen.

You have to pay extra for everything here.

Come prepared with your own blanket, eye mask and headphones for a long-haul flight.

If you can find a way to get to Toronto Airport, Air Transat has great deals from Canada to Europe and the Caribbean.

I’m flying to a remote region of Italy in the height of summer, peak season, for less than $500 roundtrip. They have $100 flights from Toronto to Orlando or even Cancun.

I hope they’ll expand their routes in the years to come.

An unexpected bonus of long-haul flights with Air Transat is a free hot meal and snack, and beverage service! Nearly unheard of for budget airlines.

There’s also a wide selection of movies, TV shows and games, all free of charge.

They’ve been voted the Best Leisure Airline in the World.

I will note that I had a really long delay with them, but I received compensation without issue as well as food and hotel vouchers.

Headquarted outside of Vegas, this is another budget airline specializing in travel within the United States, but with deals you can ignore, like a $50 cross country flight from Ohio to Arizona.

They frequently host flash sales and are worth giving a try, even if just for one way.

Want to know more about budget airlines? This list is just a sampling.

Almost every country has their own budget airline.

To save you time, I compiled a master list of 50+ budget airlines around the world. 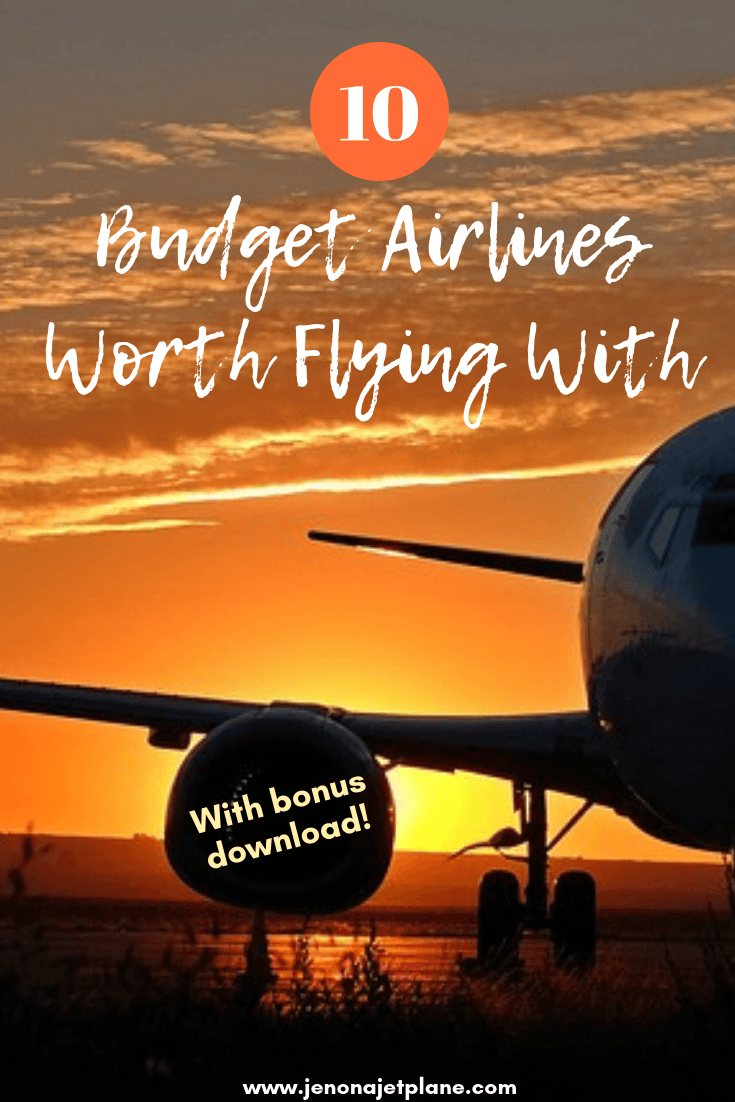 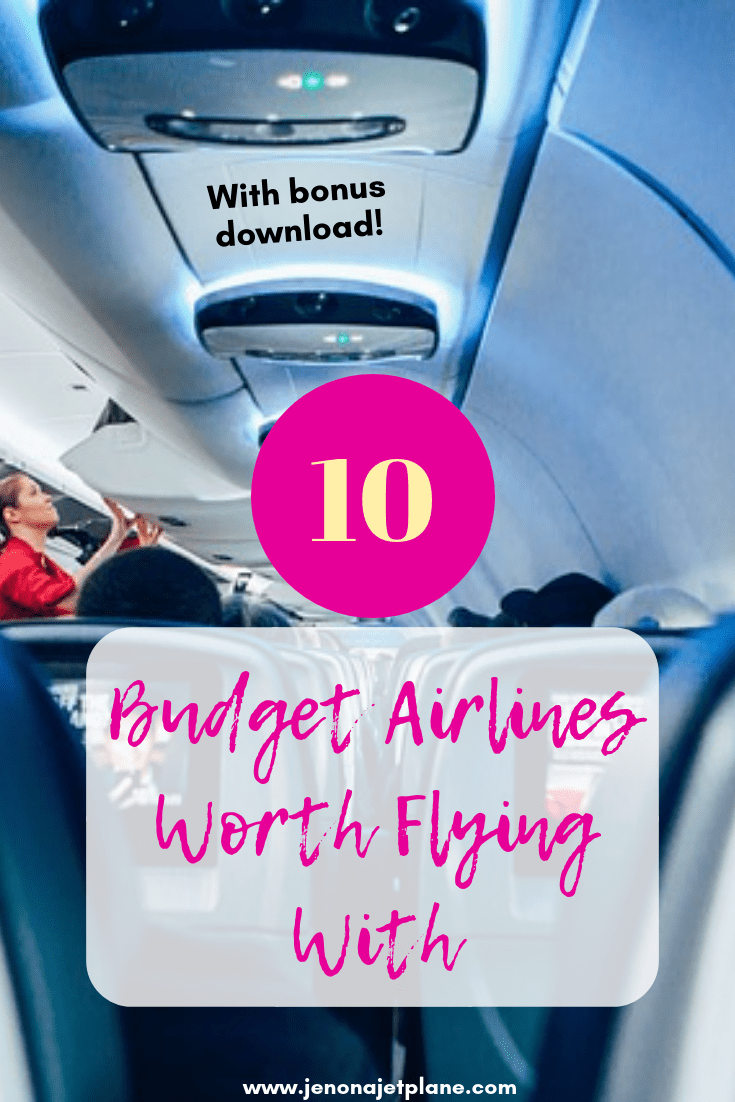 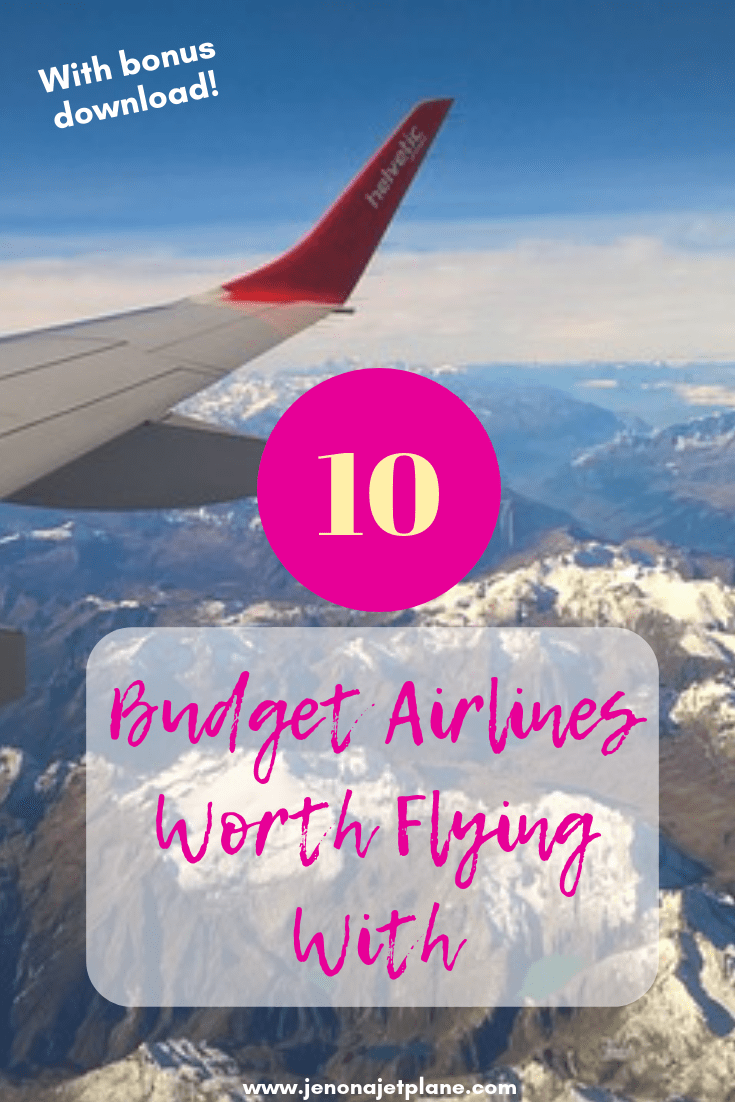 Recently booked a Norweigan flight from Stewart Airport to Shannon, Ireland and the flight was cancelled for no reason a few hours before departure and we couldn't even get through to them on the phone to get re-booked or re-routed. 6 people and a travel agent got no where.. We lost a ton of money on non-refundable hotels and car services. It took a month and several forms, but the airline did refund our flight fare. If I ever did that again, I would make sure that every other part of my trip was refundable and that I was not traveling with kids.

I’m glad studying your article. by the way, I love AirAsia, I've traveled to Malaysia.

I've flown with three of these airlines, and I had decent experiences with each. You certainly get what you pay for when it comes to airlines, and I probably wouldn't book some of these airlines for long distances. For short flights though? Sure! My only complaint with RyanAir was that often the airport was much more removed from the destination than the other major airport in the area. It usually required extra planning and cost to take a train, bus, taxi, and/or shuttle to that further airport rather than the main hub airport, which often in Europe is connected to the local transit system and much easier to get to. It was all a part of the adventure though!

Really useful post! I hate Ryanair, but have never had a problem with easyJet. As you say the important thing is to know the rules & stick to them as they are keen to sting you for more money any way they can! I also swear Spirit made a special effort to find seats that are that uncomfortable! But... they’re all cheap & you get what you pay for. I love what budget airlines have made possible so I’m not complaining. Love this post - thank you.