Posted on Last updated: December 8, 2020 By: Author Jen on a Jet Plane 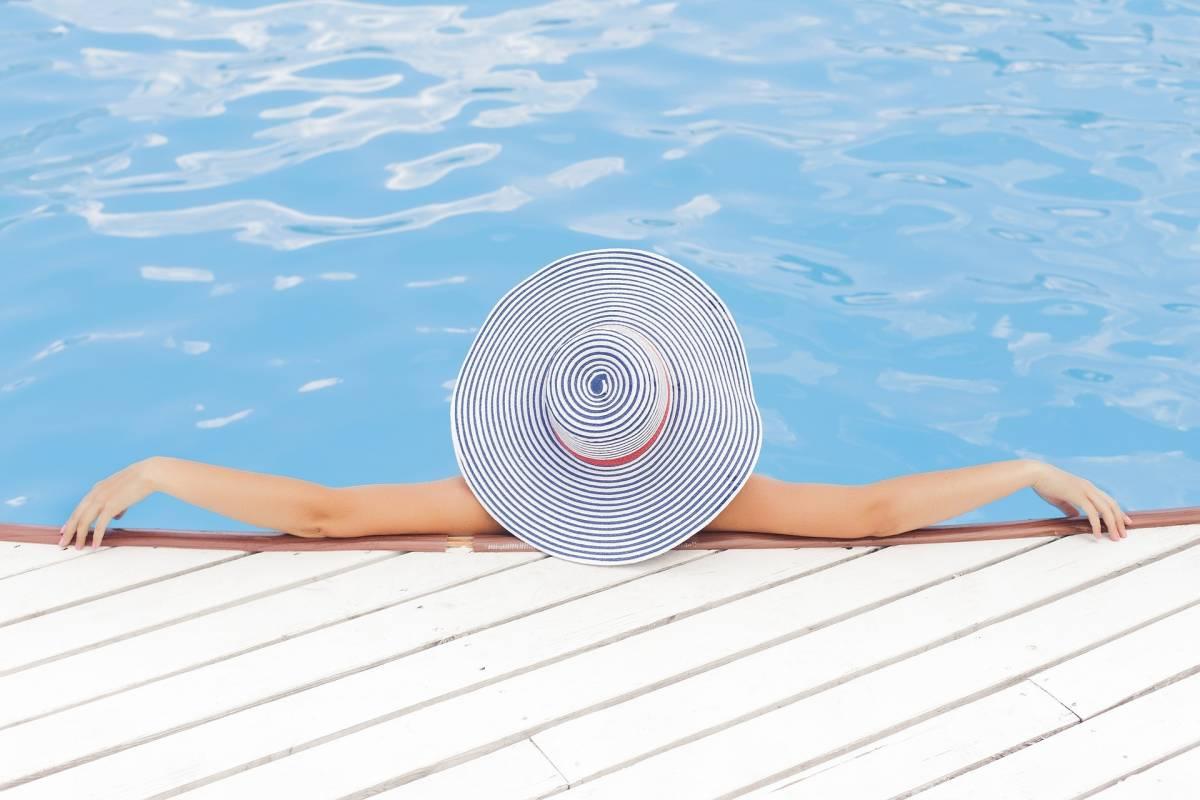 Want the low-down on one of the latest flight alert services to hit the market? Here’s my honest Next Vacay review, based on my experience as a free trial member.

When I first heard of Next Vacay, I was excited.

I love flight alert programs and have been a long-time subscriber to Scott’s Cheap Flights, one of the first programs to arrive in the space.

Since signing up for Scott’s list and being introduced to the magic of flights alerts, I’ve also begun following sites like Travel Pirates and Fly4Free.

RELATED POST: 7 FLIGHT ALERT PROGRAMS FOR CANADIANS, AUSTRALIANS AND TRAVELERS BASED OUTSIDE THE U.S.

When Next Vacay came out, I was getting a lot questions from readers.

How are they different from Scott’s Cheap Flights?

Did I have any experience with Next Vacay?

Naturally, I had to find out more. So I decided to sign up to receive Next Vacay alerts for one month.

I spent 30 days on Next Vacay’s email list. I do not recommend them.

Here’s what you need to know before you join.

What is a flight alert? 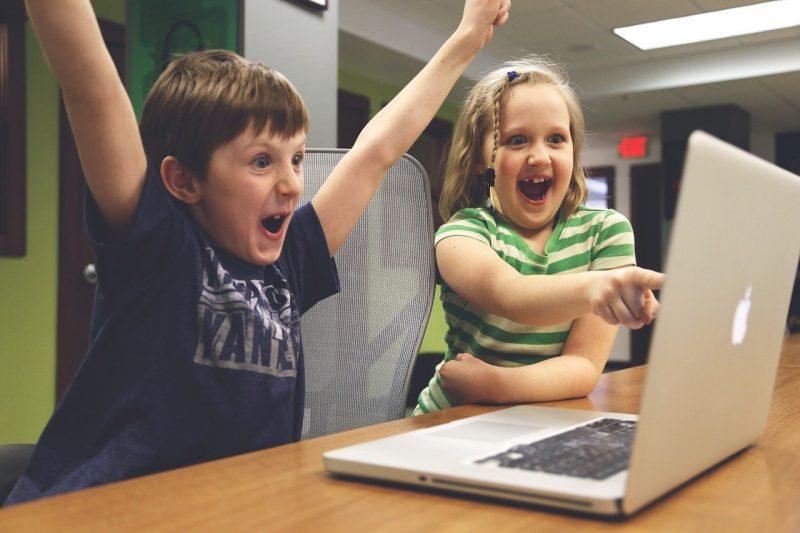 Flight alerts are a relatively new concept that have taken off in recent years, with businesses popping up left and right to capitalize off the monthly subscription model and your thirst for bargain flights.

The basic concept behind flight alerts is that the company you’re signed up to receive alerts from will scour the web for the best flight deals and let you know as soon as a good one pops up so you can be among the first to take advantage of it before it disappears.

RELATED POST: EVERYTHING YOU NEED TO KNOW ABOUT FLIGHT ALERTS 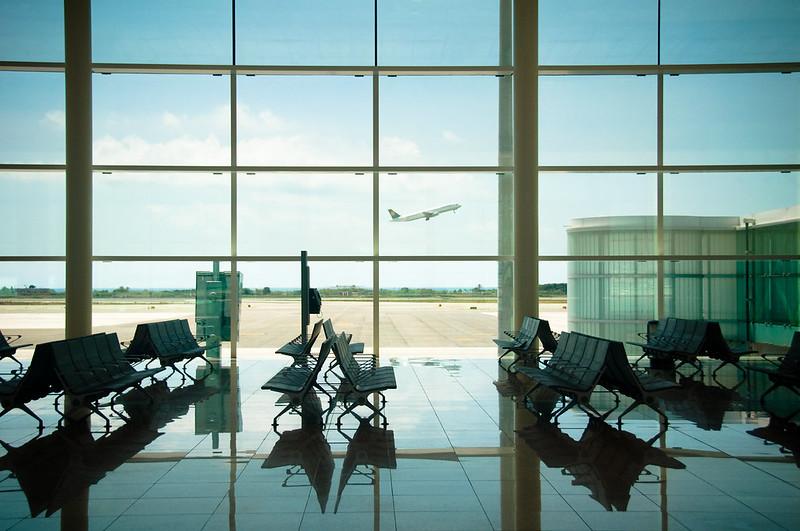 The first instance is self explanatory and you don’t need a flight alert program to find out about sales.

In fact, direct email from your favorite airline provider is the quickest way to go if you want to receive notifications of flash sales, like a 48-hour price drop with limited availability.

JetBlue does this every few weeks.

Flight alerts mostly come in handy in keeping you up to date about airlines and brands you may not have been aware of or used before.

The second instance happens when airlines are trying to fill seats or have excessive flights going to one route.

Sometimes, one airline will drop prices and other airlines will follow suit to match.

On a grander scale, this is happening in Hawaii.

Previously, Hawaii was an exclusive market until budget airlines (like Southwest) starting traversing the route.

Now, traditional airline providers have had to cut their own prices to stay competitive.

Finally, the third instance you would be notified about is an error fare.

Error fares are a result of human error in inputting the price into the airline’s database. Perhaps the flight was $1,400 but an American Airlines employee left off the one, listing it for $400 instead.

If you can catch this mistake before the airlines do, you could score a heavily discounted flight.

Error fares aren’t always honored. Check out my book, The Affordable Flight Guide: How to Find Cheap Airline Tickets and See the World on a Budget

What does Next Vacay offer? 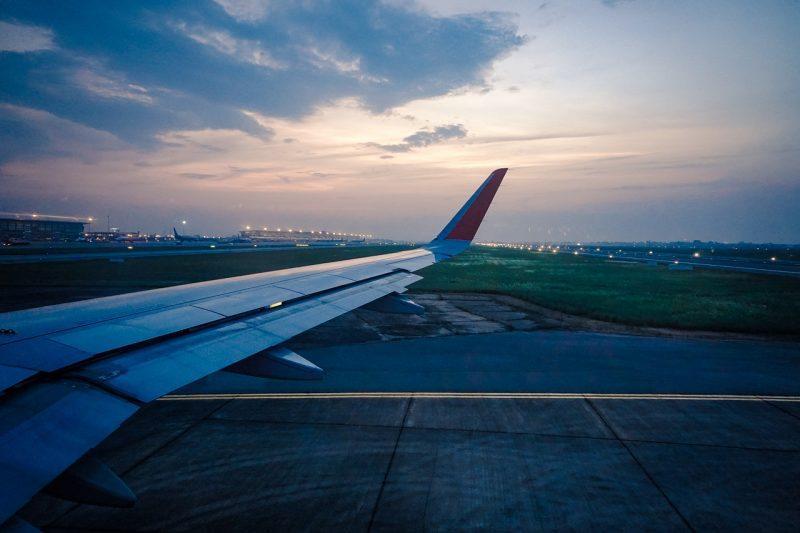 Next Vacay is a standard flight alert program.

They search for flights leaving out of all airports and if they find a deal that may be of interest to you, they send you an email with a link and instructions on how to book it.

If you don’t open the email until the next day, it’s possible the deal will be gone by then, so to a certain extent the onus is on you to be vigilant and stay up to date with the alerts.

Different flight alert programs may notify you in different ways, like through text messaging or use of a mobile pop-up when you download the app.

I’m attached to my emails as it is, so I like email alerts just fine.

These are the sort of alerts that Next Vacay sends.

How is Next Vacay different from competitors? 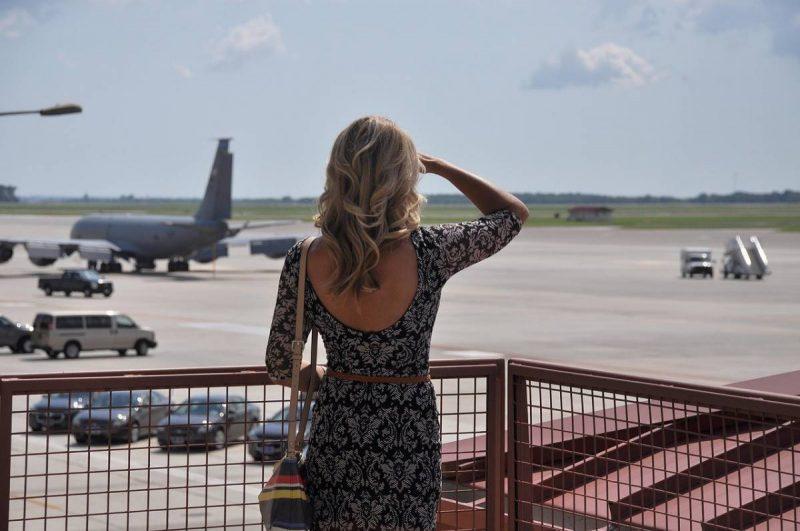 Next Vacay differentiates itself by being more selective about the deals they send out.

Instead of kitchen sinking you with all the deals out there, they select the ones they think apply to you based on your departure airport and stated preferences.

I found this to be problematic as my airport of choice was Rochester in Upstate NY, which rarely gets deals, so most of the deals I got from Next Vacay were departing from NYC.

The problem is that NYC is not even the next closest airport — Buffalo, NY or even crossing the border to Canada would take me half the time.

Moreover, the deals I did get from Rochester weren’t exactly a bargain.

I understand it’s a much more remote airport, but I wouldn’t consider a $900 roundtrip ticket to Europe a “deal.”

They did at one point alert me of a deal I didn’t otherwise get and to that end, it’s always good to be part of as many programs as possible when you’re looking for a specific flight.

There’s no guarantee that any one program is going to catch them all, Pokemon style, so you’re better off as a consumer by casting a wide net.

How much does Next Vacay cost? 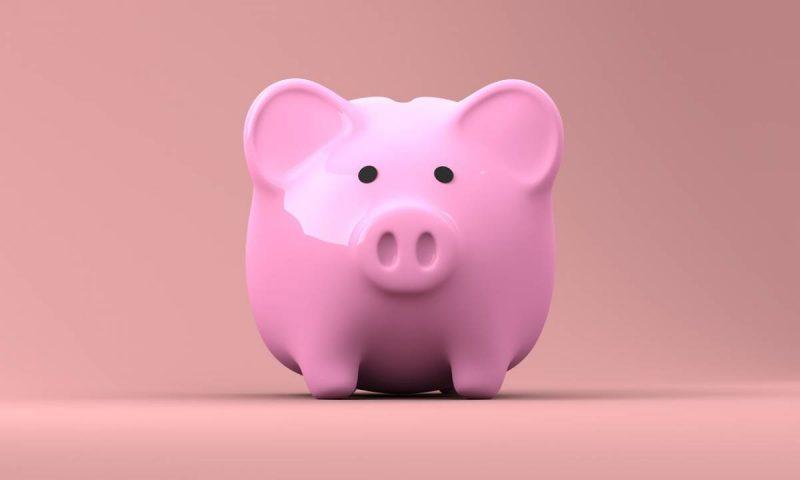 Next Vacay costs $25 per year, making it one of the more affordable subscription models out there. Beware though — you get what you pay for.

RELATED POST: 8 COMMON BOOKING MISCONCEPTIONS THAT ARE COSTING YOU MONEY

How do you cancel your Next Vacay subscription? 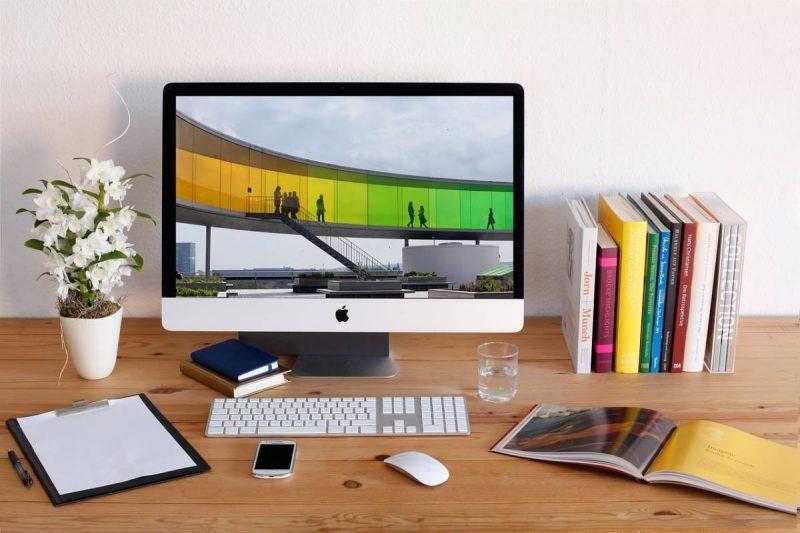 If you cancel before the end of the free trial period you won’t be charged for the year.

You’re supposed to be able to cancel just by replying to any email or alert you received, but I had problems with this as well.

Despite multiple attempts to contact someone on the Next Vacay team, it wasn’t until my card didn’t go through for the payment and someone contacted me seeking new billing information that I was able to cancel my subscription.

My first attempt was the typical breakup email — hey Next Vacay, it’s not you it’s me! I’m not really in the right place right now to commit to an ongoing relationship. No hard feelings? Let me know!

The second email got more real — hey Next Vacay, it’s me Jen. You there??

Finally, I decided to be proactive and cancel my credit card before they could charge it.

And wouldn’t you know when I did this, their customer service team was resurrected! Back from the dead and asking — Hey Jen, where’s our money?

I promptly replied, requesting to cancel my account for the third time. This time it stuck. Others have not been so lucky. In my experience, cancelling was unnecessarily difficult.

Is Next Vacay worth it? 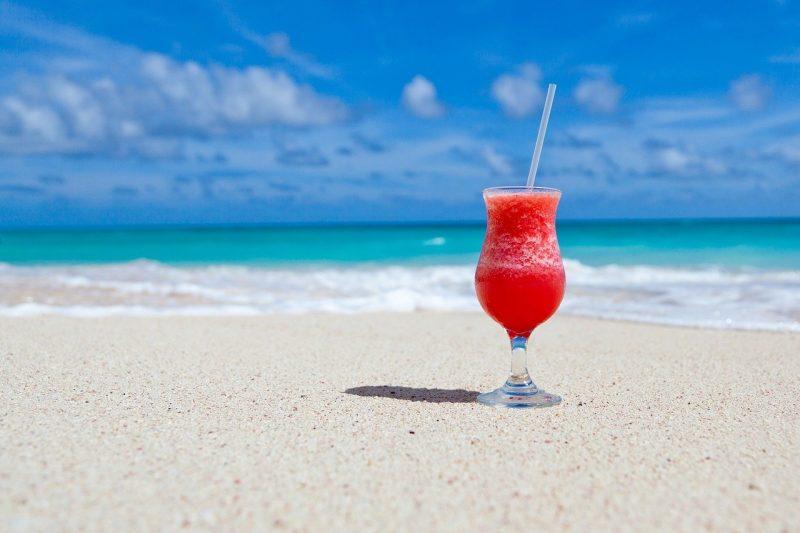 Next Vacay will send you flight alerts. They didn’t invent the wheel but they did manage to make an imitation that will get you from point A to point B.

I found they didn’t have the best/quickest turnaround on deals, or many deals from smaller airports.

If flight alerts are something that interest you, note that you don’t have to pay anything at all to get started. Take a breather before you hand over that credit card number.

You can sign up for free trials and follow all of these programs on social media — trust me, they’re itching to share the best deals with their audience and be the first ones to break the news on a big price drop.

You can also get free alerts anytime from Airfare Watchdog.

RELATED POST: HOW TO FIND DEALS ON FIRST CLASS FLIGHTS 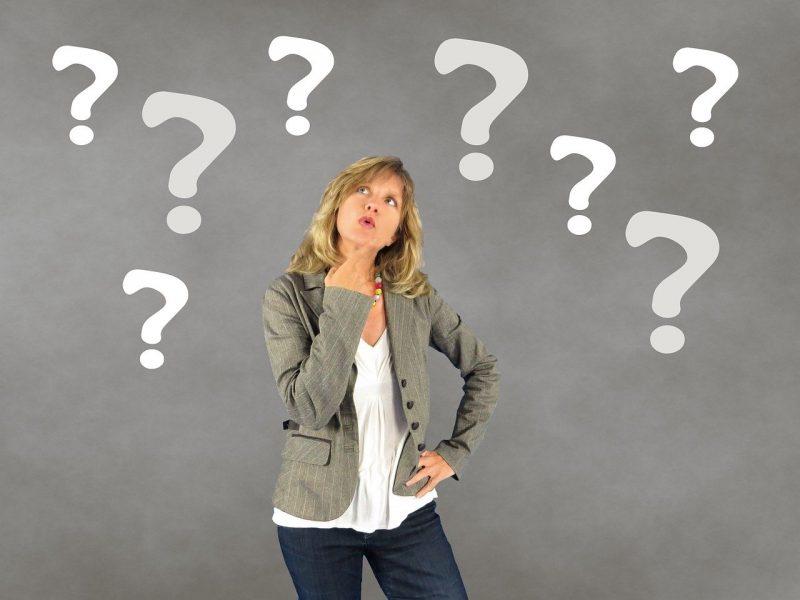 With any flight alert program you choose, the goal is to be notified in a timely manner so that you’re best positioned to take advantage of a great deal.

Personally, my preferred program is not Next Vacay. Who would I go with? You got options, babe!

There are so many flight alerts on the market nowadays that I put together a list of 19 flight alert programs, offering the same service. My personal favorite and the program I’ve been using for the longest time is Scott’s Cheap Flights.

In contrast to Next Vacay, Scott’s Cheap Flights has no expiration on their free trial program and they don’t require a credit card to get started.

My verdict? Stay away from Next Vacay and put your money somewhere worthwhile, or save your money altogether and get free alerts!

To help, I’ve compiled a list of 17 apps and websites that offer flight alert services, both paid and unpaid. Download it for free below and find the one that best suits your needs.

Note: I regularly review flight alert programs. Have one you want to know more about? Send me a message and I’ll scope it out to see if it’s legit. To read all my flight reviews, including those I’m affiliated with and recommend instead of Next Vacay like Scott’s Cheap Flights, check out the flight alerts section of my site. 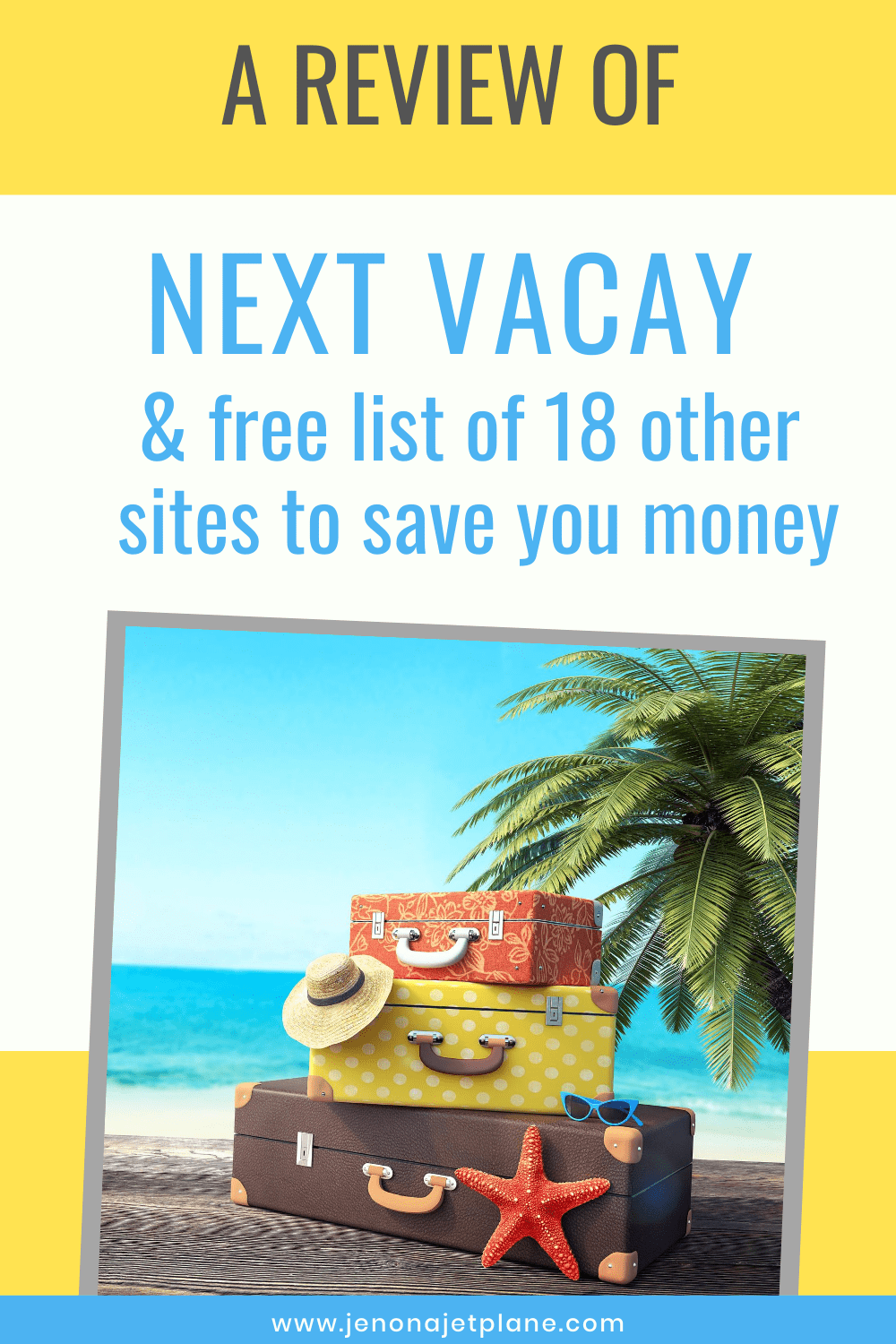 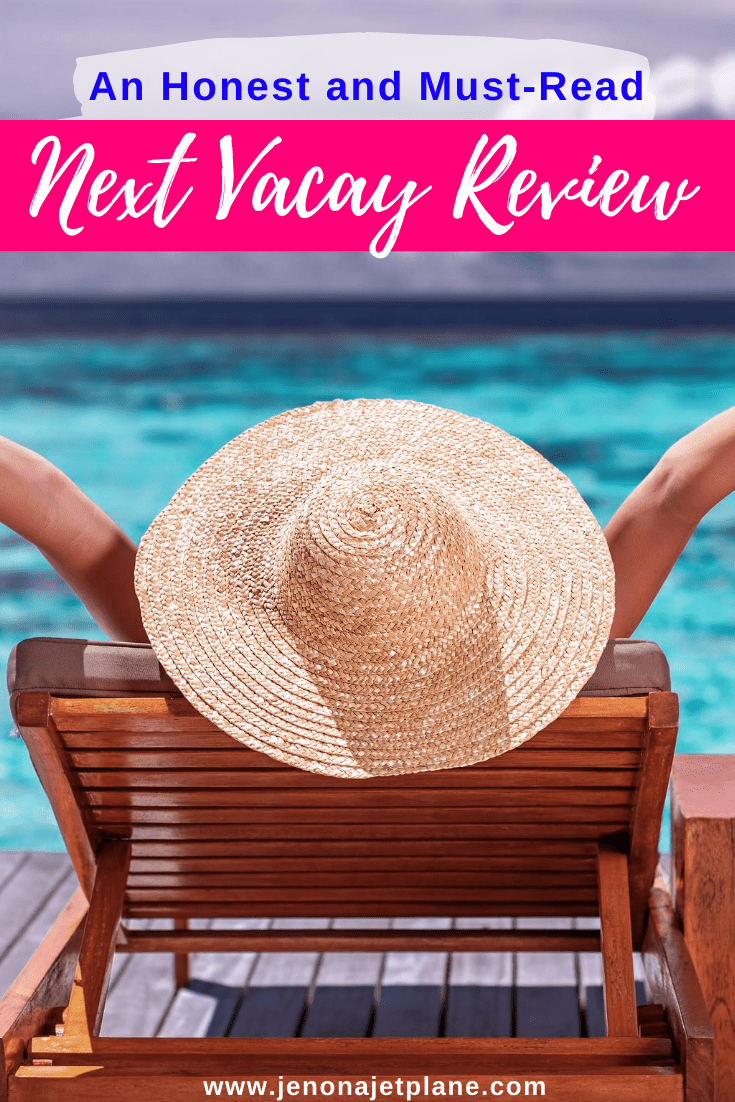 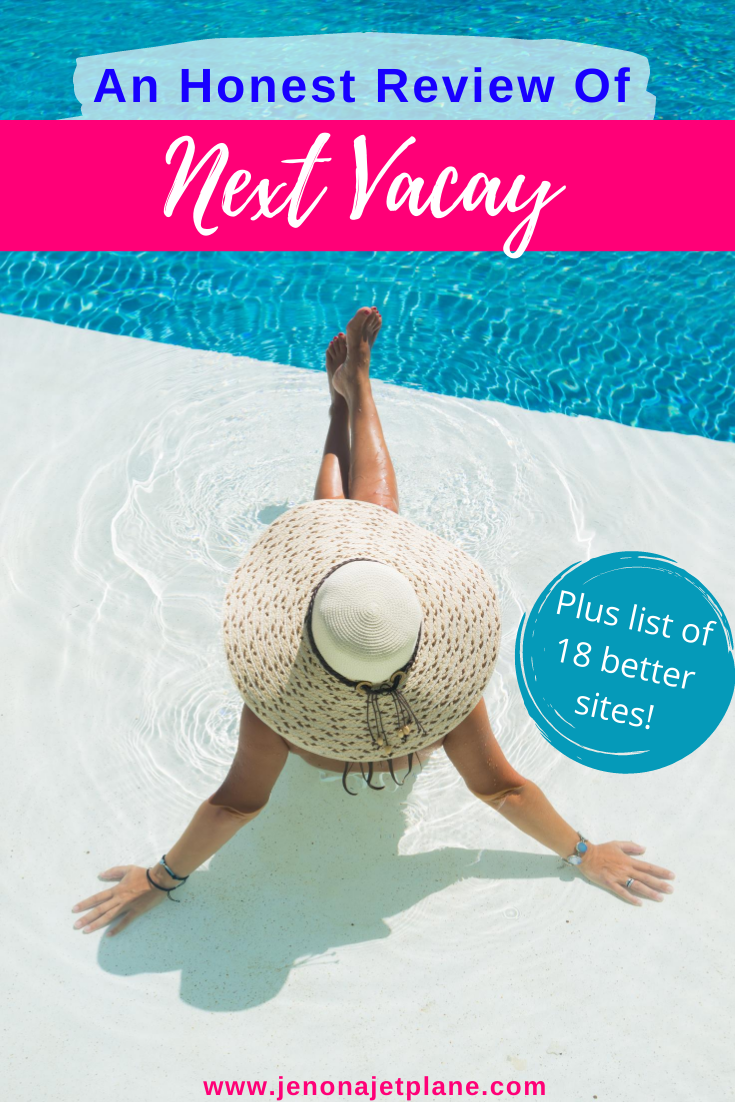 A Review of the Ocean Tide Beach Resort in San Pedro, Belize
← Previous
How to Spend 24 Hours in Hamburg, Germany
Next →
Click here to cancel reply.

I agree - stay away from Next Vacay. I had a membership for a year and did not ever find any of the flight deals they sent me to be of use. Then I noticed they had charged my credit card for another year of membership without notifying me. I contacted them to cancel the membership and get a refund on that charge, and they refused to give a refund. The only thing they would do is to cancel the auto-renewal so it will hopefully not happen next year and I'll be done with them!

What do you think of vacay life? They post airfare deals and inclusive deals?

I haven't used them but if they have a free trial it's worth checking out!

If anyone is trying to cancel their subscription, there's a link at the bottom of their emails to use. It takes you to: https://account.nextvacay.com You can cancel from that site using your email.

Thank you Julie! Must be new and I'm glad they integrated that feature, definitely was a mess cancelling on my end and for many others in the comments so we appreciate the help.

Good article! I’m hopeless at researching flights and get tired of it quickly however I need to put my big girl parties on because we need flights from Australia to New York return with a few days stop over in Hawaii in June 2020 and if I don’t get some help getting some deals we won’t be able to afford to go! Any suggestions ???

Yes, use points/miles and consider booking the Hawaii and Australia legs separate since you can get to Hawaii with budget airlines now, $400 roundtrip from LA no sales needed. I did something similar when I flew from Miami to New Zealand for $38. When you have specific dates flight alerts are not a guarantee, explain that more in my post on 3 guaranteed ways to get cheap flights.

Thanks! I should have read this about Next Vacay BEFORE giving my info, we'll see how this cancellation goes.