The answer is a big, resounding YES. I’ll say it a little louder for the folks in the back — YES! Puerto Rico is safe to travel to and you should definitely book that trip you’ve been stressing over.

Allow me to elaborate. 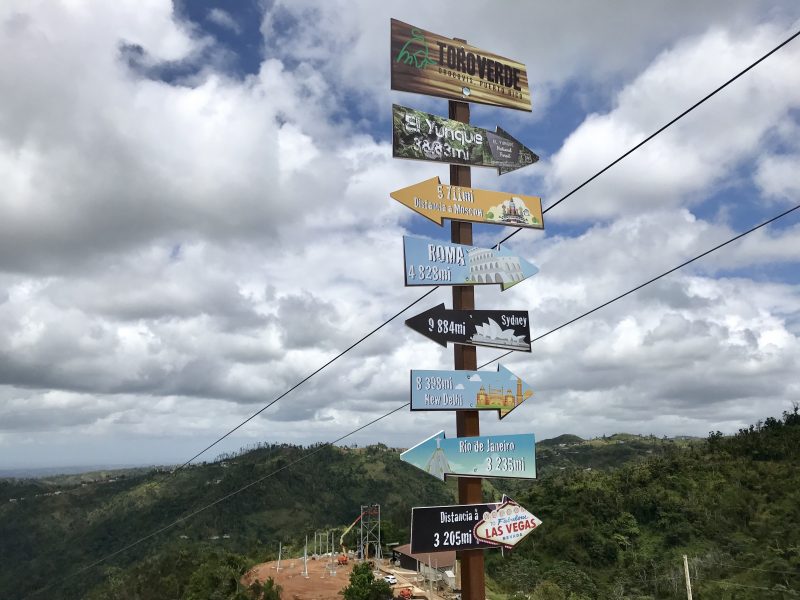 For those of you unfamiliar with the island, Puerto Rico is a stretch of land spanning 100 x 35 miles in the North Atlantic Ocean. It was discovered by Christopher Colombus and throughout the years became a unique blend of African, Taino and European cultures.

Today, Puerto Rico is a territory of the United States. It has a governor but no representation in Congress and Puerto Ricans do not vote in national elections.

Puerto Ricans are United States citizens by birth. There is no passport required to visit Puerto Rico and your phone works the same as it does in the U.S., no roaming required.

In terms of natural beauty, Puerto Rico is comparable to Hawaii. It’s a tropical paradise and home to the only rainforest in the United States. It has bioluminescent bays, thousands of caves, untouched beaches and diverse flora and fauna. 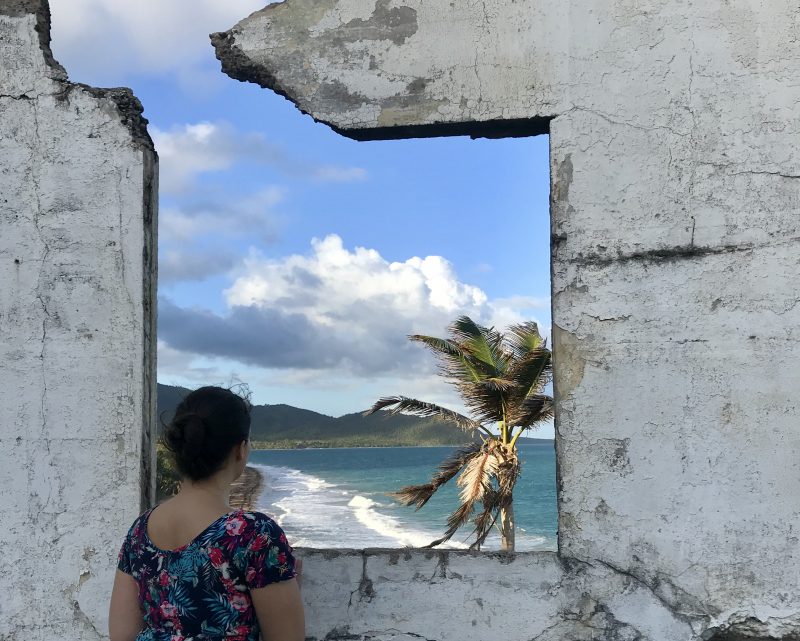 This was not always the case. In fact, Puerto Rico was receiving unprecedented international attention after the song Despacito hit the #1 spot on Billboard charts worldwide.

Unfortunately, Hurricanes Maria and Irma in the fall of 2017 devastated the island. Many buildings sustained damage such that it was no longer profitable for the businesses to remain there, having to incur the cost of rebuilding.

Federal relief funds were slow to trickle down to the people, if at all. A large percentage of the island was without power and it was hard to find even the basics like food or gasoline. Banks were closed so people had no way to withdraw money and no cash to pay for anything, leaving them stuck.

The damage was so bad, and the surrounding press so negative, that people equated Puerto Rico with devastation. They still do and have not returned in the same pre-hurricane numbers to the island, despite the New York Times naming it the #1 place to visit in 2019.

Over the past few years American tourists have chosen to visit neighboring islands like Cuba or the Dominican Republic instead.

Royal Caribbean has stated that in 2020 it will be decreasing the number of cruise ships it brings to Puerto Rico due to disagreements over the port infrastructure and payment for upgrades.

Why I Moved to Puerto Rico 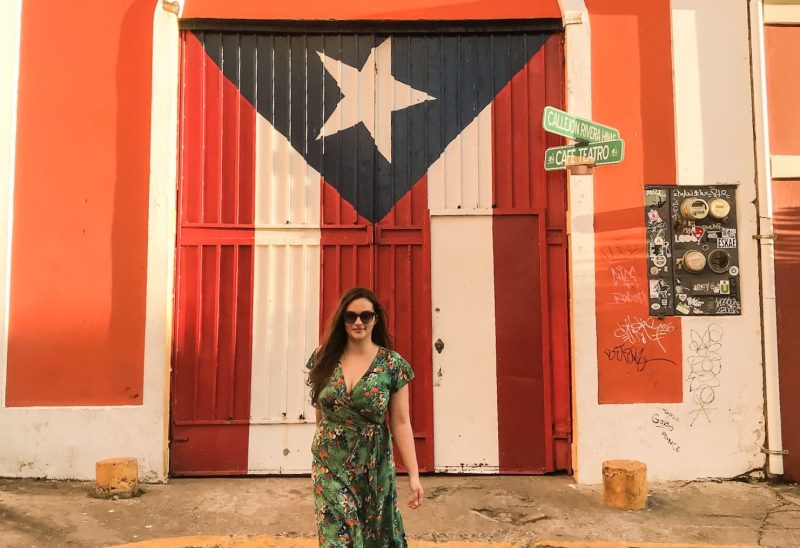 What’s my story? I was born on the island and lived here till I was 6. I am Puerto Rican and speak fluent Spanish but make no mistake about it — with my light skin, most Puerto Ricans assume I’m a gringa.

My family, like so many others, moved to the mainland in search of a better life and higher paying opportunities. I’m grateful for the sacrifices they made and for all the best parts of my childhood that I took for granted, like participating in extra-curricular activities and reading a new book at the library every day after school.

Recently, I moved back to Puerto Rico as an adult. I visited as a child but it’s different when you face the day-to-day challenges of living here.

I shipped my car over, for instance, because it was cheaper to pay $2,500 in shipping and taxes than to try to find a used car and ascertain past damage. There are no leases on the island.

I’ve traveled many places but I can’t live just anywhere. I applaud the people who backpack for years at a time, living only out of the contents of their suitcase and eating a new food every day. I need a little more stability than that, and some creature comforts I’ve gotten used to as a spoiled American.

For instance, I can’t live without a Walgreens or CVS. You don’t realize it when you have one on every corner but outside of the U.S. it’s hard to find a one-stop-shop for medicine, feminine products, snacks, alcohol. In Puerto Rico, they’re everywhere.

Puerto Rico is Part of the United States 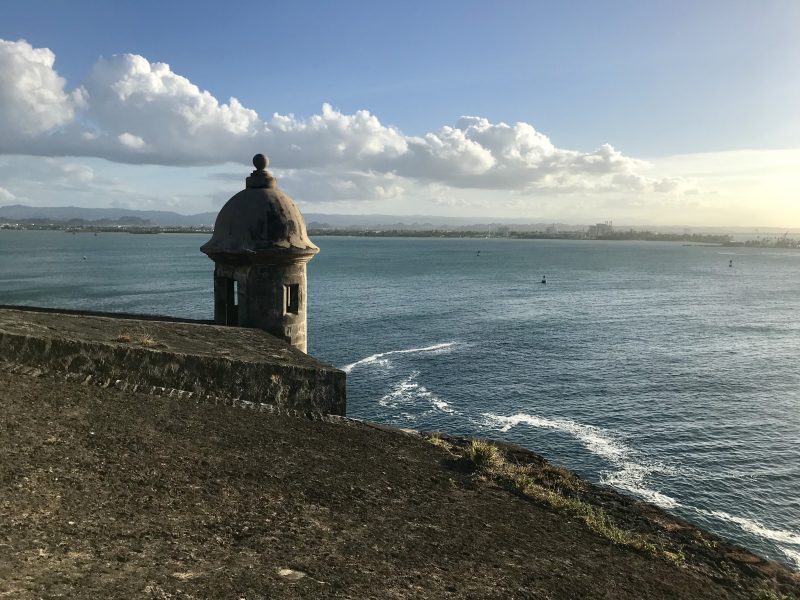 Puerto Rico has U.S. street signs, U.S. law enforcement, U.S. hospitals. The police don’t carry machine guns, something that’s always put me on edge about other countries. People drive on the right side of the road.

All children learn English in school and everyone speaks it (unless they’re so old they’ve forgotten or they’re just messing with you). It’s just like being in the U.S., because Puerto Rico is part of the U.S.

Looking for the State Department Travel Advisory on Puerto Rico? You won’t find one, because it’s part of the U.S. The same way you won’t find one on Alabama. Let’s not debate the merits of that decision.

If you’re in the San Juan metropolitan area, which is where most tourists stay, you’ll have all the same amenities as home including Uber Eats, Lyft and a ton of different concerts, events and gyms. These are harder to find elsewhere.

Regardless of where you’re staying renting a car is the best way to get around since public transportation is not really well developed here.

Why are People Scared of Puerto Rico? 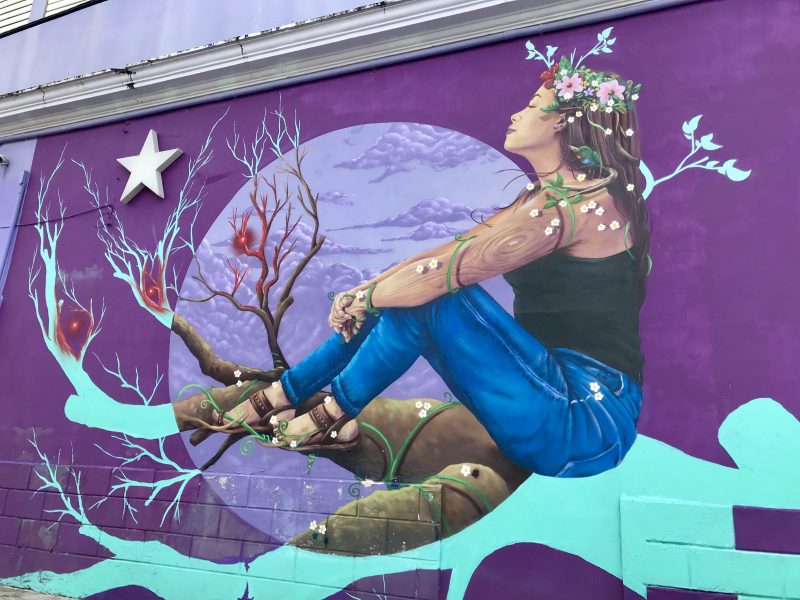 As with any new place, you want to be cautious. Don’t leave your valuables in plain sight when you park your car. Be careful driving at night (and in general cause people drive like New Yorkers here). Take it easy on the partying if you need to keep your wits about you.

Puerto Rico is safe but it’s not without its problems. I’ve been repeatedly warned of carjackings. Honda Civics seem to be the most in demand.

There’s also issues with gangs and drug wars on the island. If you’re staying in San Juan I wouldn’t suggest going to La Perla at night. For the most part though, this won’t involve you.

Weed is legal on the island. Tourists can get a tourist prescription valid for 30 days and go to a dispensary. Unless you’re looking for harder stuff you shouldn’t be in a situation where you’re in the middle of a drug war.

I’ve lived in the U.S. almost all my life and have yet to have an altercation with a heroine or coke dealer, for instance, despite knowing that they’re there.

So what are the main problems? Drugs, poverty and corruption. Unfortunately, many people are unemployed or making below a living wage which is what makes theft so rampant.

However, we’re not talking Barcelona-level theft. You can walk around without having your cash securely taped to your stomach underneath 5 layers of clothing. Again, more like grand theft auto or break-ins so lock your car and hide your valuables.

Regarding corruption, the protests that took place in the July 2019 have stopped and the governor that the public took issue with has resigned. It’s a problem that will take time to fully rectify but unless you’re vying for government contracts, this also isn’t something you should concern yourself with. There are no protests or scenes of unrest out in the streets.

These are problems I’ve seen in major cities I’ve lived in including Philadelphia, Miami, Baltimore, Rochester and Fort Lauderdale. Be smart, don’t go to places you shouldn’t be or walk down dark alleys looking for trouble.

You will not feel unsafe generally. In fact, quite the opposite.

What is it Like to Travel Around the Island? 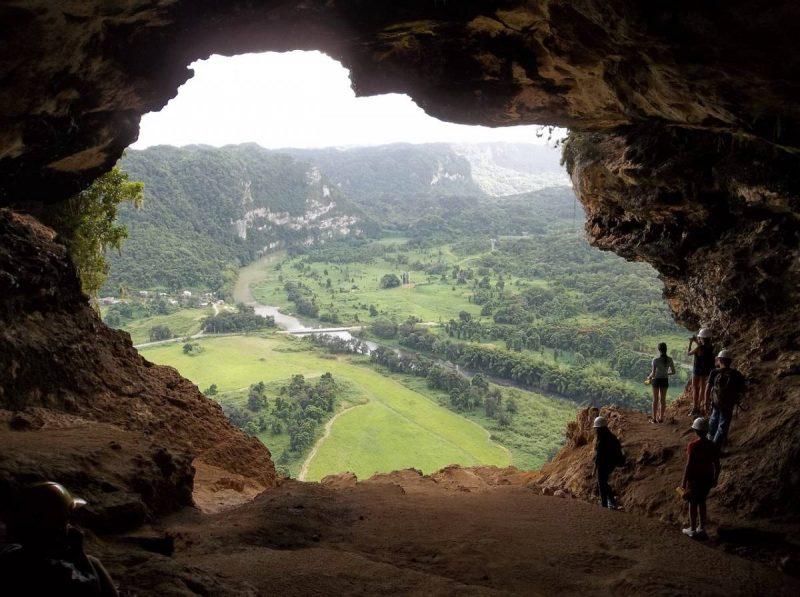 People are surprised when they come to the island at how welcoming and easy it is to visit here. I won’t lie to you — Puerto Rico needs your business. This means that they treat tourists like VIP’s. You are the top priority. Staff and government agents are responsive, helpful and kind.

There is power on the island. Most places have electricity restored except for certain remote locations in the mountains or buildings that were beyond repair and left abandoned.

There is a lot of abandoned property now but the island is resilient and the population has finally started to increase for the first time since Maria. That’s because Puerto Rico is attracting foreign businesses and investors with tax incentives under Act 20 and 22 (4% federal income tax, I’m looking at you digital nomads!).

I expect that many of the buildings you see abandoned now will be purchased and become prime real estate for the new investors moving here.

The road have potholes so you need to be vigilant while you’re driving. If you’re going outside the metro area, the highways are not well lit up at night.

RELATED POST: BEST THINGS TO DO IN PONCE, PUERTO RICO

Being a Solo Female in Puerto Rico 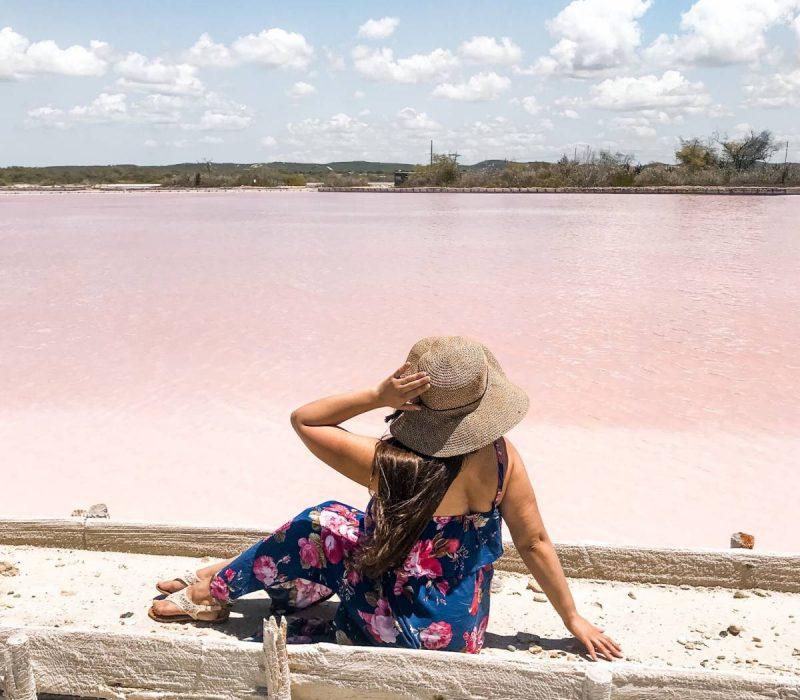 I am constantly traveling the island on my own as a young female and have never felt unsafe. I recommend making use of daylight hours as it’s simply easier to travel.

You might lose phone service if you go into the mountains so make sure you have directions or are connected to an offline GPS.

You can travel anywhere on the island on your own without a tour or guide and will save a ton of money doing so. For instance, the Bacardi Factory is $15 to tour and comes with a free drink.

I’ve seen tour operators charge $50 or more for the same package. You can take yourself to the sites easily and many are cheap or free to enter.

It’s safe to stop at food tents or trucks along the side of the road. Depending on the route you’re driving you’ll see these makeshift kiosks by the side of the road. People stop, purchase (cash only so make sure you have some on you) and then keep on their way. It’s a quick interaction and there’s nothing to be nervous about. The food is delicious!

If you’re going to the beach, hide your valuables. As I mentioned, theft is rampant so you don’t want your iPhone to be visible.

If you have a friend to watch your stuff then great but if not just make sure you bury anything you do have under a bunch of non-valuable stuff, like clothing, water bottles or other trash. 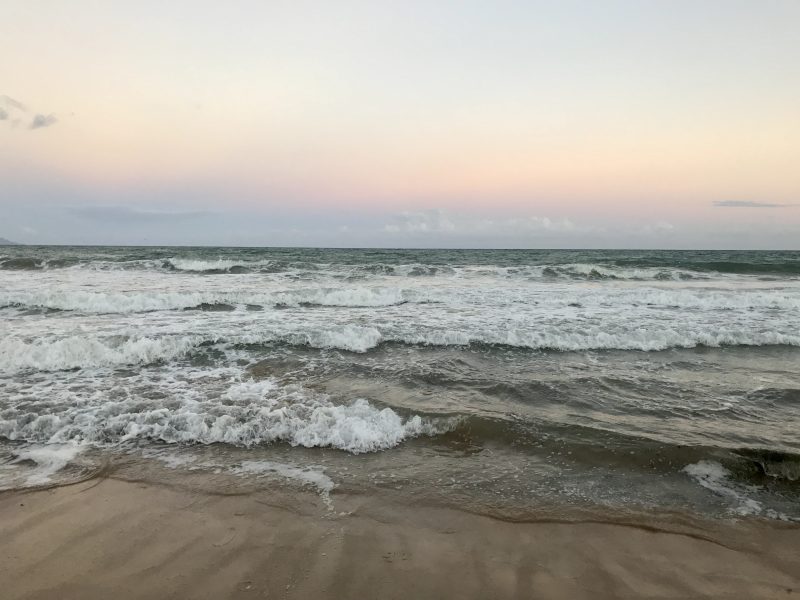 If you’re worried about being stuck without electricity in the middle of a shoot-out between two Pablo Escobar-style Puerto Ricans, I can tell you that unless you lead a singular and Bravo TV-worthy life, this will not be your reality.

More than likely, you’ll be laying on a warm strip of sand with a pina colada and fried pastry in hand, reapplying sunblock generously because the sun is deceptive and burns even when it’s cloudy or you’re hiking in the middle of the rainforest (you’ve been warned!).

Your most dangerous interaction will be with a spider or frog. They’re everywhere. If the frog you encounter is singing something that sounds like “co-qui,” that’s our official animal! Say hello and enjoy the sound, you won’t hear it anywhere else.

If you’re going to be drinking a lot, I recommend Don Q rum over Bacardi to avoid a headache in the morning.

Aside from that, prepare yourself for the deadly combination that is a mofongo right before an afternoon sun shower — you will not be able to get up from whatever hammock you land on. The same applies if you’re looking to move and live here.

Is Puerto Rico safe? Yes, yes, 1,000x yes. Please set aside whatever image the media has painted in your mind and come see for yourself.

RELATED POST: THE LONGEST ZIPLINE IN AMERICA IS IN PUERTO RICO 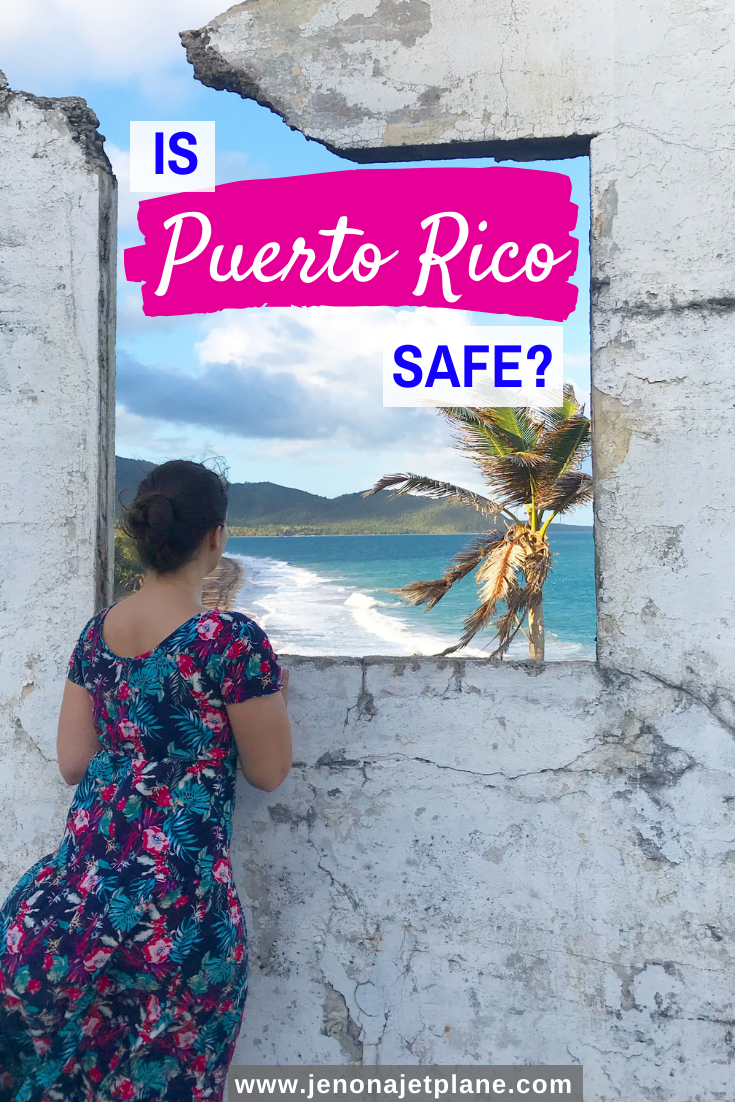 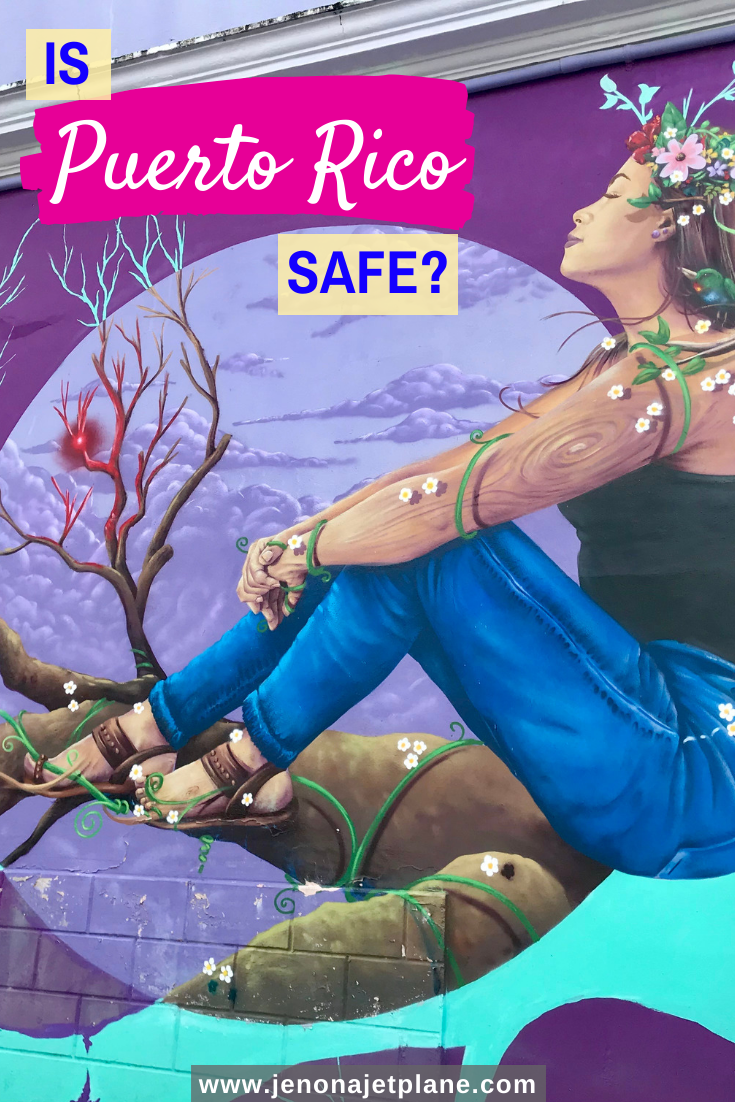