Looking for the best things to do in Ponce, Puerto Rico? These are my top picks.

Ponce is Puerto Rico’s metropolitan center of the south. It has its own port and experienced a large financial boom thanks to foreign investment. It’s the former capital city of the island.

Ponce is an upscale place with all the colors of San Juan but a more sophisticated feel. If you’re looking to explore a different side of the island, this makes a great stop.

Here are 22 of the best things to do in Ponce, Puerto Rico.

1) Get a crash course on Ponce at the History Museum 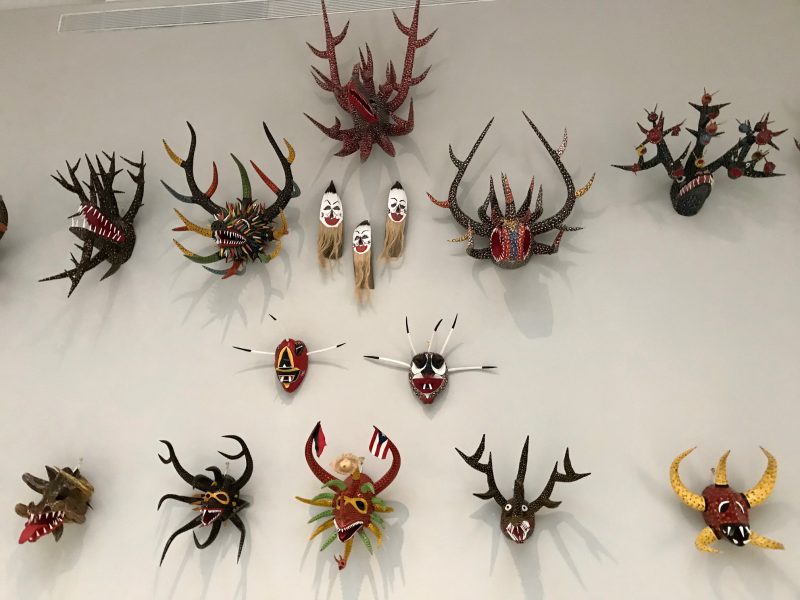 This is a small museum that packs a big punch, with a variety of exhibits and a film on Puerto Rico. They cover the history of the city dating back to the Taino Indians.

Best of all, admission is free. This is a detailed orientation to Ponce and is a good place to start your tour. 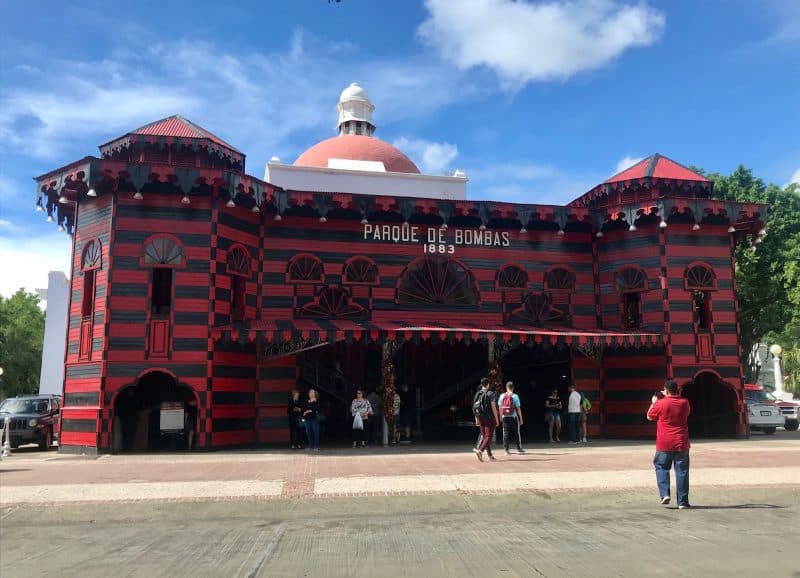 The Parque de Bombas is arguably the most recognizable structure on the island. It was originally formed to be a tent for an international exhibition that was taking place in the city. When the building’s architect became the city’s first mayor, he turned it into a fire station.

The color was purposefully meant to be bold and attention-grabbing. Today, the site is a museum in honor of the city’s most famous firemen. 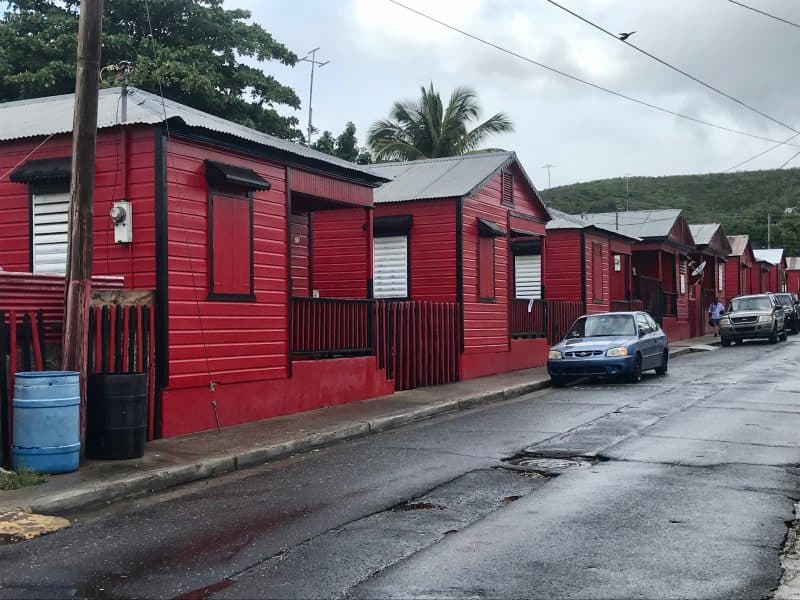 On January 25, 1899, the city was on fire. Unfortunately, the island was under military rule at the time and the soldiers ordered the firemen to not fight the fire and evacuate the city.

The firefighters disobeyed orders and saved the city, becoming heroes. Afterwards, every 25th of January for 45 years the city gave away a free red house to a resident in honor of the firemen, so that their valor would never be forgotten.

Today, the houses stand in a cluster on Calle 25 de Enero, just 5 minutes away from the city center. 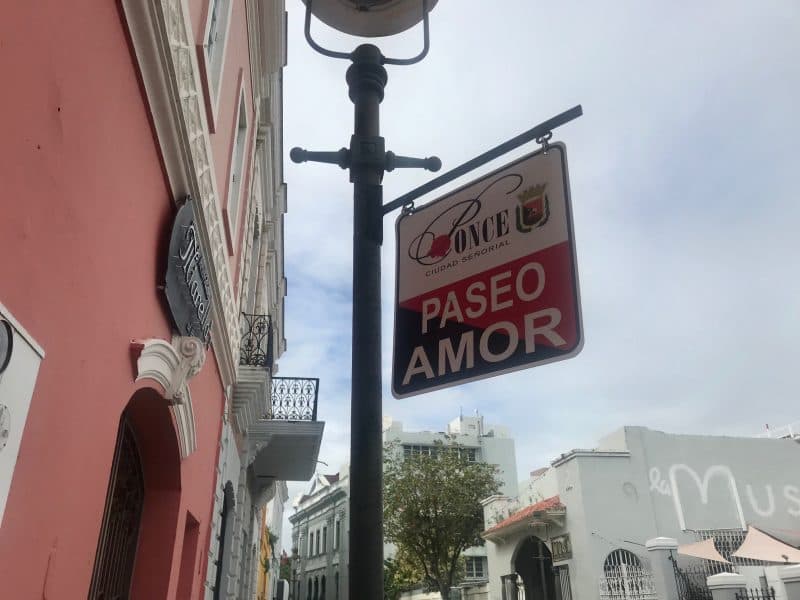 Before Tinder, local singles used to take to the streets in hopes of finding that special someone. The women sent signals with their fans, waving it quickly if they were interested or slamming it shut if they wanted to “swipe left.”

When a couple was matched, they would stroll down Paseo de Amor, aka Lover’s Alley, to have a more private word with one another. It’s believed that couples who walk down this street together will fall in love. 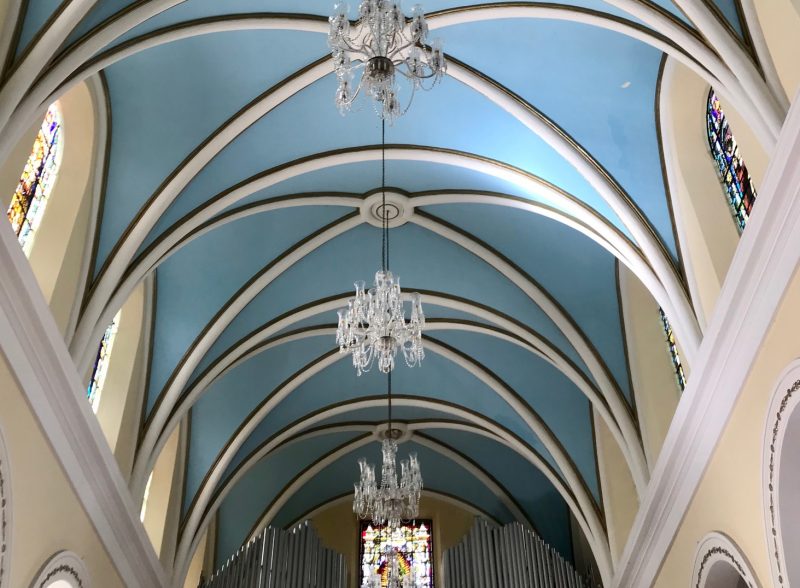 The Catedral de Nuestra Señora de Guadalupe is a stunning building in the center of the city. It’s named after the vigil saint of the city, Guadalupe and has been the site of famous and notable weddings.

You can pass through on a casual visit or attend mass Monday to Friday at 7am, 9am and 12pm, Saturdays at 4:30pm and 7pm and Sundays all day.

6) Take a walking tour of the city 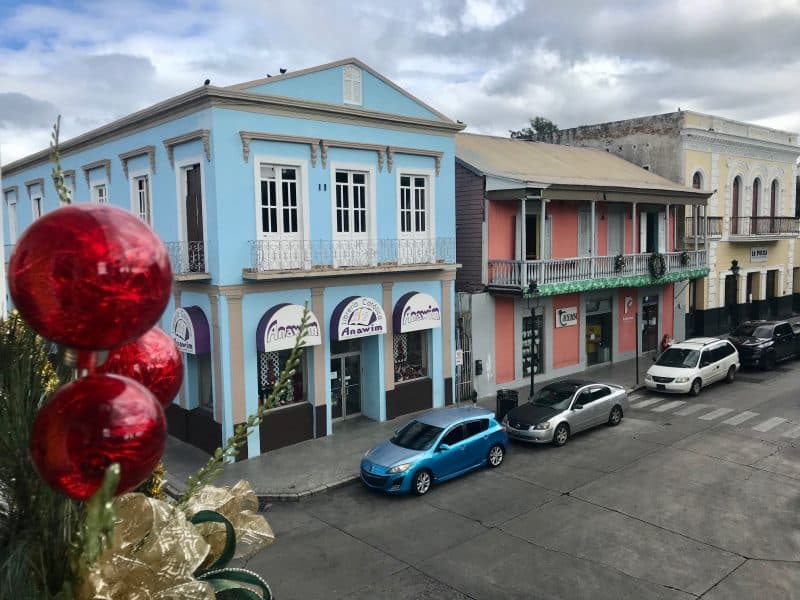 I took a walking tour of the city with Isla Caribe Tours and it was wonderful. Our guide, Milena, was from the city originally and took a lot of pride in showing us the hidden gems.

One of the first stops is the Ponce Plaza Hotel and Casino which features a New Orleans-style balcony overlooking the main square that anyone can enter for free but few people know about. 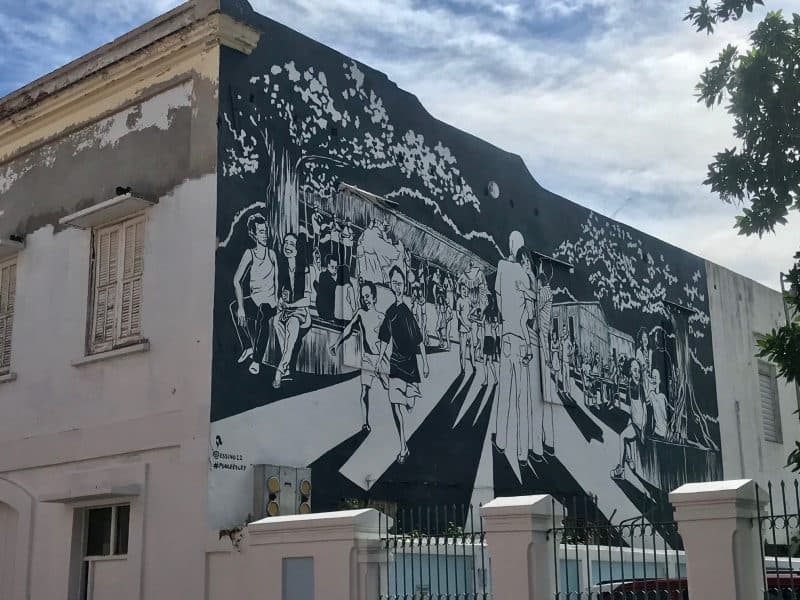 Ponce has become a hot spot for political art in the years following Hurricane Maria. The Mural Para Pensar (the mural hat makes you think) shows Trump throwing paper towels at a flooded island and can be found on Callejón Trujillo.

You’ll also see some interesting pieces down Calle Cristina, across from Parque de Bombas. In Lover’s Alley you’ll see a large painting with a black and white flag, signifying mourning and resistance and honoring the firefighters from 1899.

The point of these paintings is to raise awareness and make sure people never forget what the island has gone through. 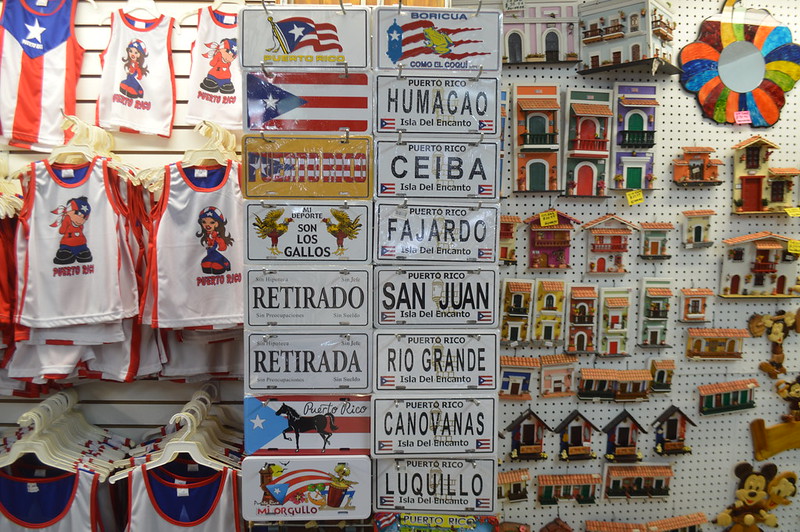 Looking for the best shopping in the city? Head to Paseo Atocha, a pedestrian mall in the city center. Nearby you’ll find Utopia, a cafe and shop with a large selection of souvenirs.

There’s also Mi Coqui Souvenirs and Gift Shop across from the fire station that’s a favorite of visitors. If you want to support young artists, visit Salon Boricua Creative Workshop. 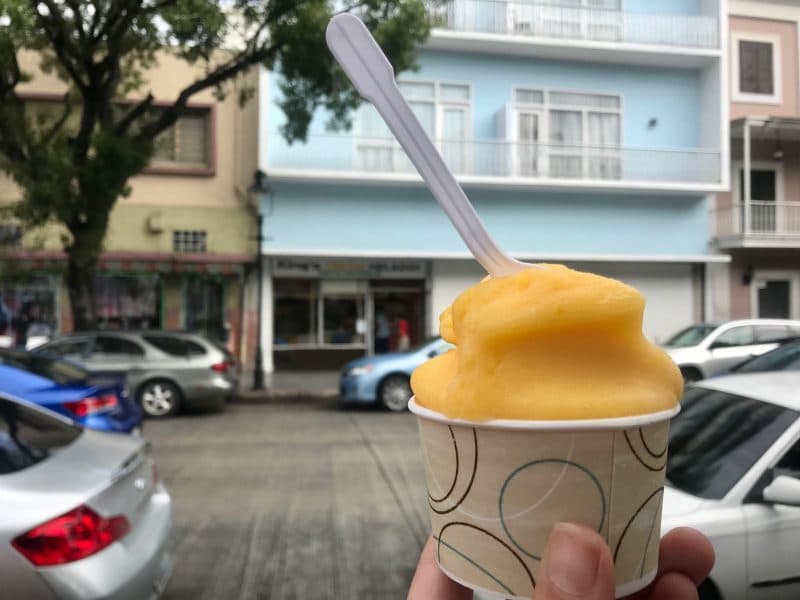 The ice cream in Puerto Rico is more like sorbet, but any word you call it, it’s delicious. The main shop is King’s Cream in the city center. They have generous portions at a good price and wide variety of flavors.

If you’re looking to support a local entrepreneur, check out the man with a cart who’ll be ringing a bell around the square. He has three flavors but is more affordable and generally I appreciate his hustle.

If you’re outside the main square area, stop by El Artesano for ice cream rolls similar to those found in Asia.

For an adult, 18+ kind of treat, you must stop by Puli’s Popsicles. It is locally owned and features boozy ice cream, from margarita to rum infused flavors. The open at noon daily and are located in Plaza del Mercado, an up-and-coming market that is getting a facelift and featuring new vendors. 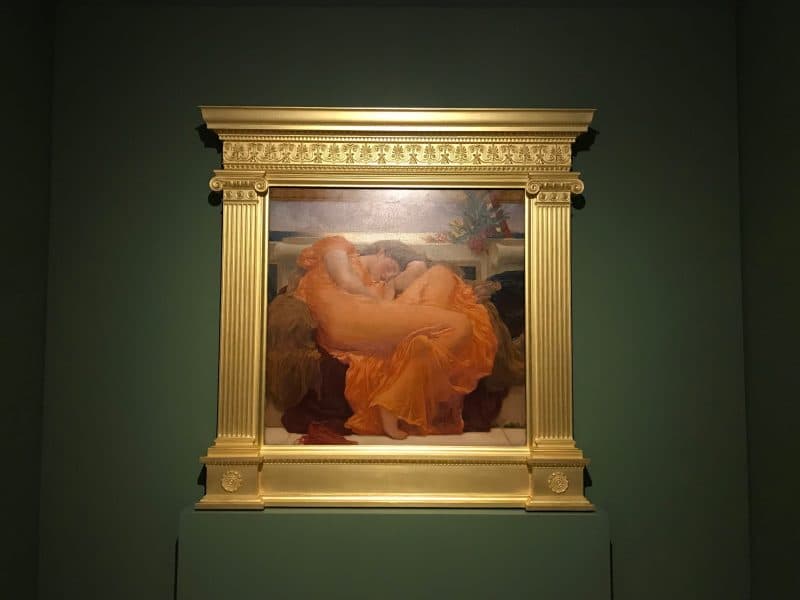 This is considered one of the best art museums of the island and is home to the famous painting, “Flaming June,” valued at $50 million.

They have a permanent exhibit and special area dedicated to rotating and visiting collections. There’s also a small cafe on site and free parking lot adjacent to the building. 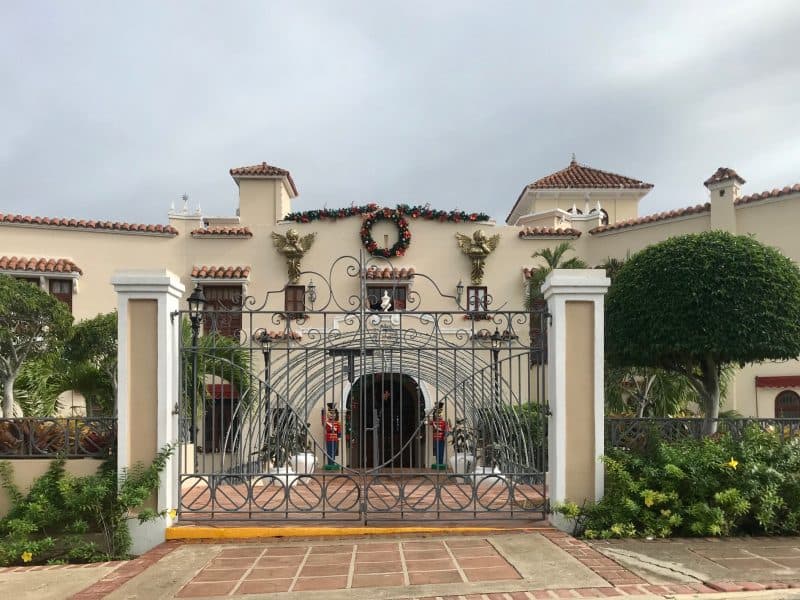 Castillo Seralles was built for the Seralles family, heirs to the Don Q. rum fortune. You can tour the lavish mansion and get a bird’s eye view of the city.

This Spanish revival home sits on 2.5 acres of exquisitely manicured property, with gardens that are Insta-worthy. 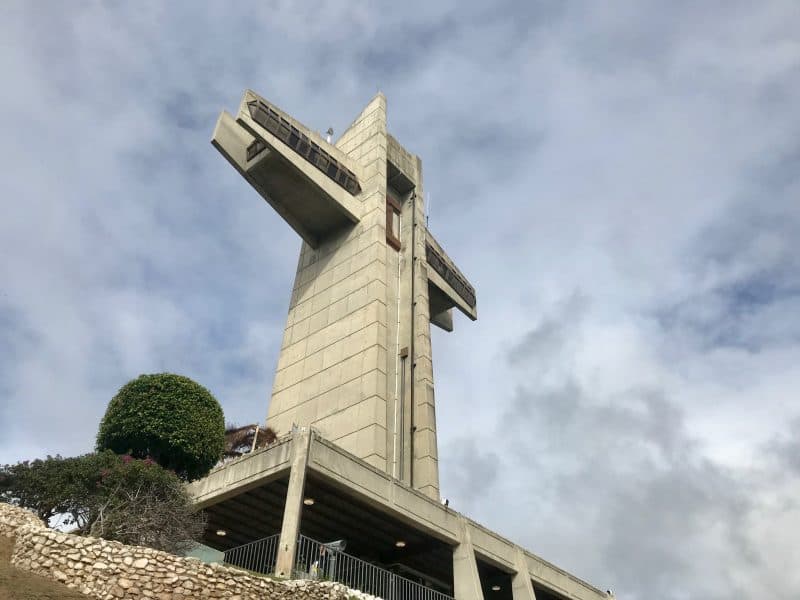 In the past, residents of the city used this viewpoint to see who was coming into the port, raising the corresponding country’s flag onto a tall wooden cross to give everyone a heads up.

Today, remnants of the original cross still stand, along with a more modern cross which overlooks the city and is now a tourist attraction.

There is also a Japanese garden on site so you can spend 1-2 hours here. 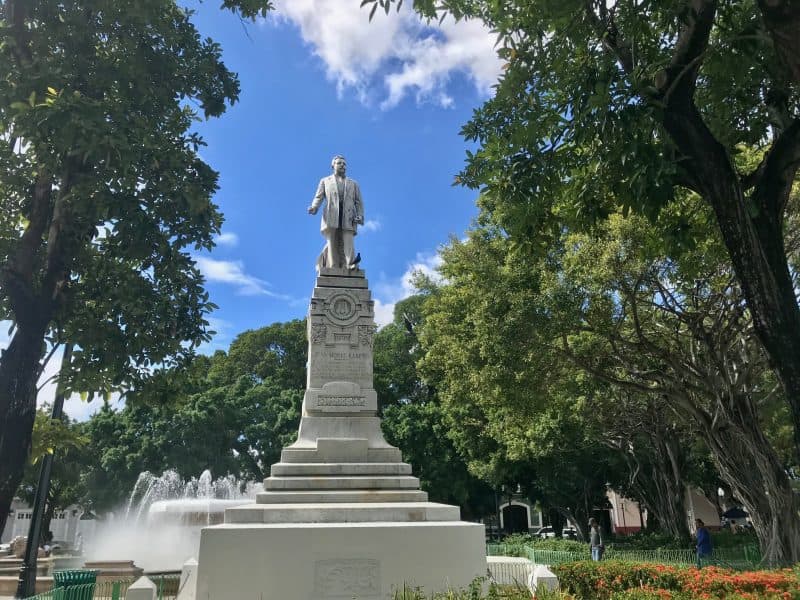 This main city square originally had a different name but came to be called the “delicious” plaza because it was one of the first to incorporate trees.

The landscape served as a welcome reprieve from the hot Puerto Rican sun and turned the park into a social gathering point.

You’ll find a statue of Juan Morel Capos here, a famous singer in the Danza genre which originated in Ponce.

He was part of the original Ponce Municipal band and is buried in Parque de Bombas, forever leading the group. 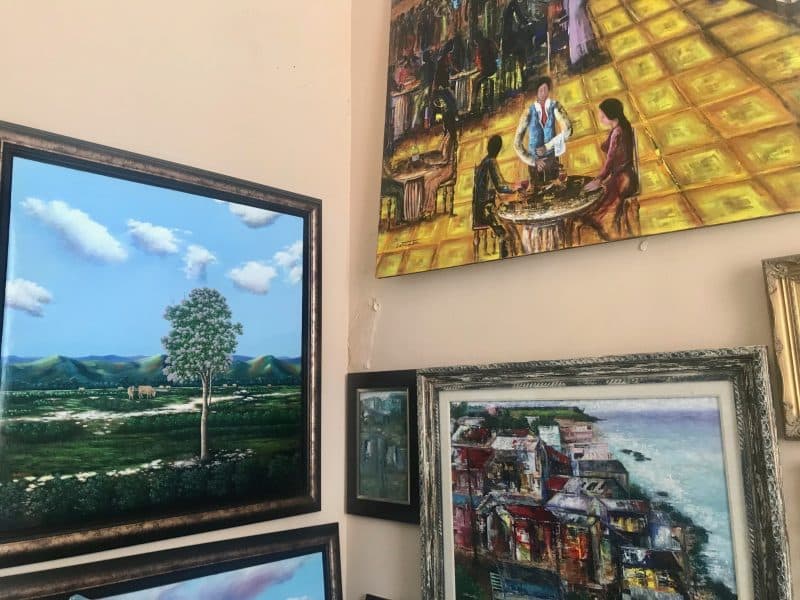 This is the city’s cultural center and home to an impressive collection of local art.

There are many educational and performance events held here as the building is antique and an attraction in itself.

It was the former home to the Ponce Museum of Art.

Stop by, meet any of the local artists there that day and become a patron of the Ponce art community.

15) Listen to the municipal band 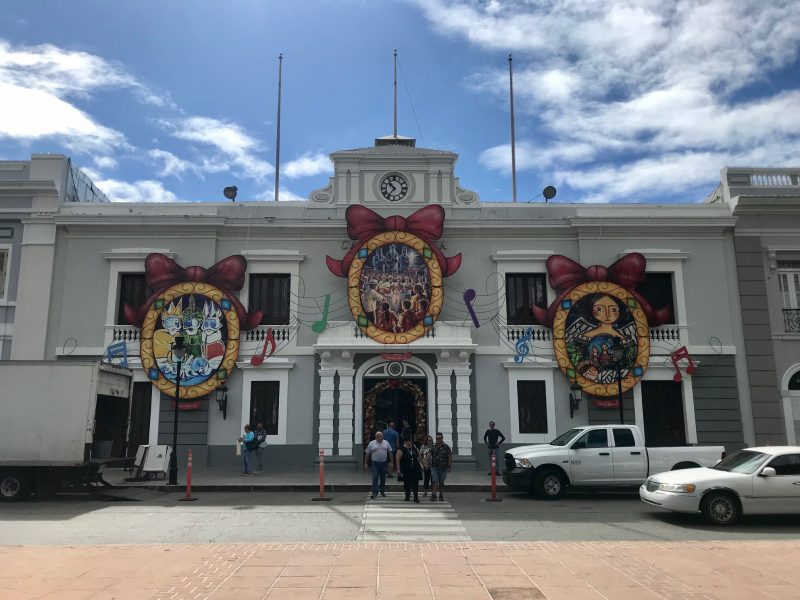 The Ponce Municipal Band has been playing every Sunday at 8pm for free since 1883.

It was an extension of the Firehouse Band and used to perform in front of the station before being acquired by the government and moving their shows over one block to City Hall.

If you’re in the area on a Sunday night, don’t miss your chance to catch the oldest continuously performing band in the Caribbean. 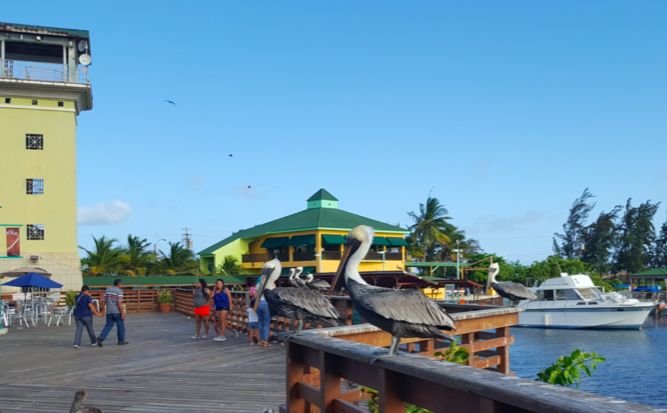 This is Ponce’s boardwalk area and is located by the water, about 15 minutes from downtown.

You can spot pelicans, feed the fish or just take a stroll along the beach.

There are restaurant and shops and depending on the evening you might catch some live music.

You also have the option to rent kayaks or go on a boat ride.

17) Explore a nearby island 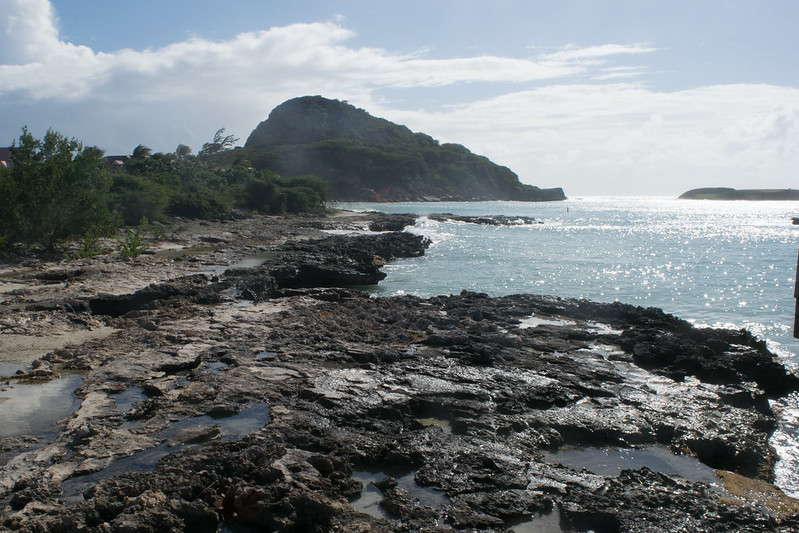 Since Ponce is close to the water this is the perfect chance to explore some of the smaller islands off the South coast of Puerto Rico.

Take a day trip to Caja de Muertos, located 8 miles off the coast of Ponce. This is your closest option with beaches, hiking trails, a lighthouse and cave.

Another option is to explore Gilligan’s island, about 45 minutes away.

You won’t get stuck on a 3-hour tour but rather enjoy a day on pristine ocean waters and partake in aquatic activities like snorkeling.

You can access the area yourself by catching a boat over or select a pre-planned option with a tour provider.

Gilligan’s Island and Isla Mata de Gate can be accessed by public boat or ferry for less than $20 roundtrip.

Caja de Muertos requires you go with a tour provider for $70/pp. 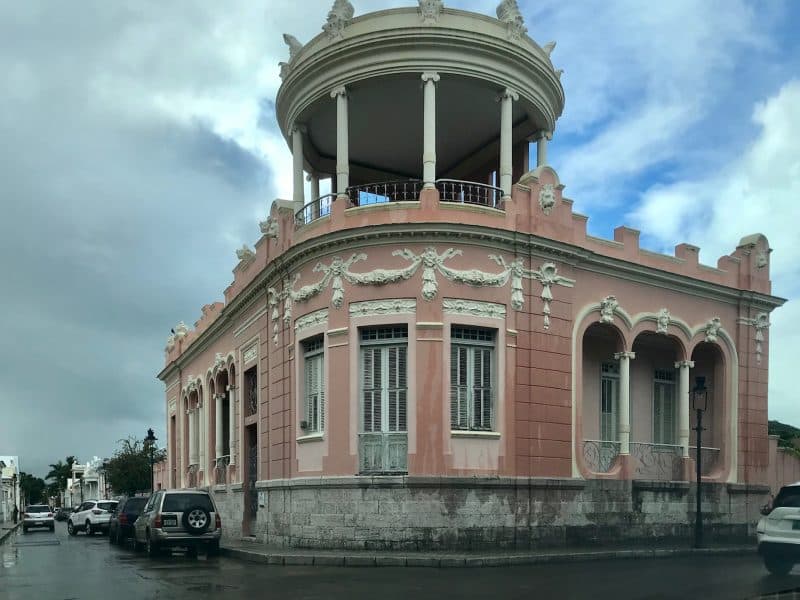 It’s fitting that the most architecturally intriguing house of the city should also serve as the Museum of Architecture.

The mansion was built by Alfred Weichers who studied at the School of Architecture in Paris and opted to live in Ponce despite tempting opportunities elsewhere.

All of the furniture in the house is original.

The museum is open Thursday-Sunday and closes from 12pm-1pm for lunch.

19) Stop by the Armstrong Museum 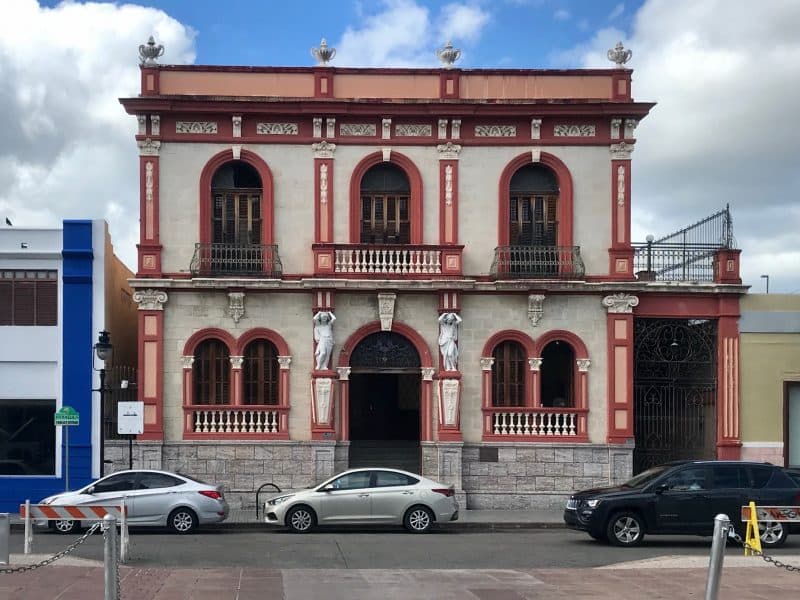 This is the Armstrong house, built directly across from the Cathedral so that the patriarch of the family could roll a red carpet from his front door down the altar of the church and give his daughters away.

In the history of the home, that red carpet has only been rolled out twice.

The house now serves as a museum. Tours are free and you can discover more about what life was like at the turn of the century.

20) Tour the Museum of Music 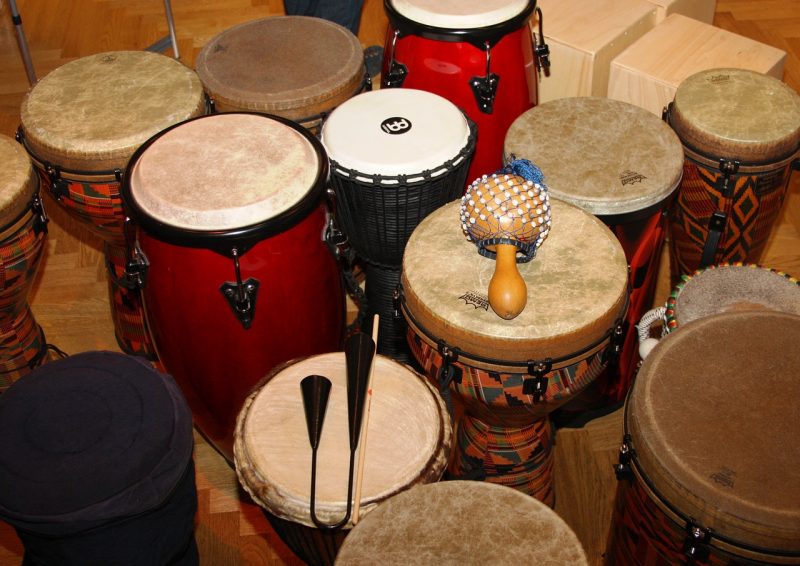 Ponce is a city of music.

The Museum of Music celebrates Ponce’s musical heritage with unique instruments on display and sporadic concerts.

The tour here is also free and makes a fun and quick stop for music lovers.

21) Take a picture with the Ponce letters 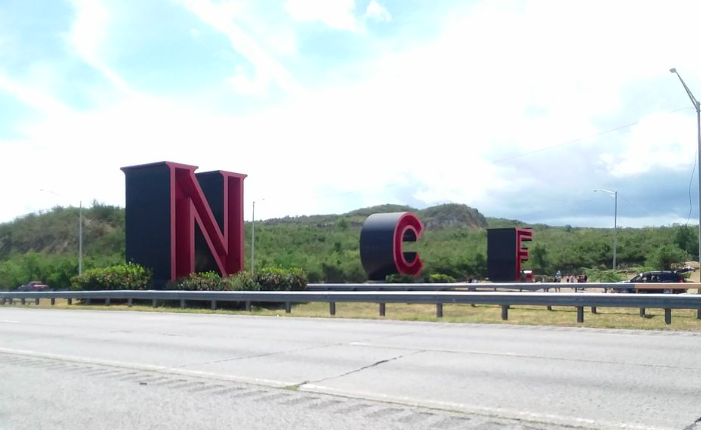 These giant letters spell out the city’s name and greet you as you’re driving into town on the highway.

They’re pretty spread out so if you want to get a good picture of the letters as a whole you’ll need to stop further back.

Otherwise people pull up to and park right near the letters to take pictures with them each individually.

You can find them at the intersection of PR-52 and PR-10.

22) Go to a coffee plantation 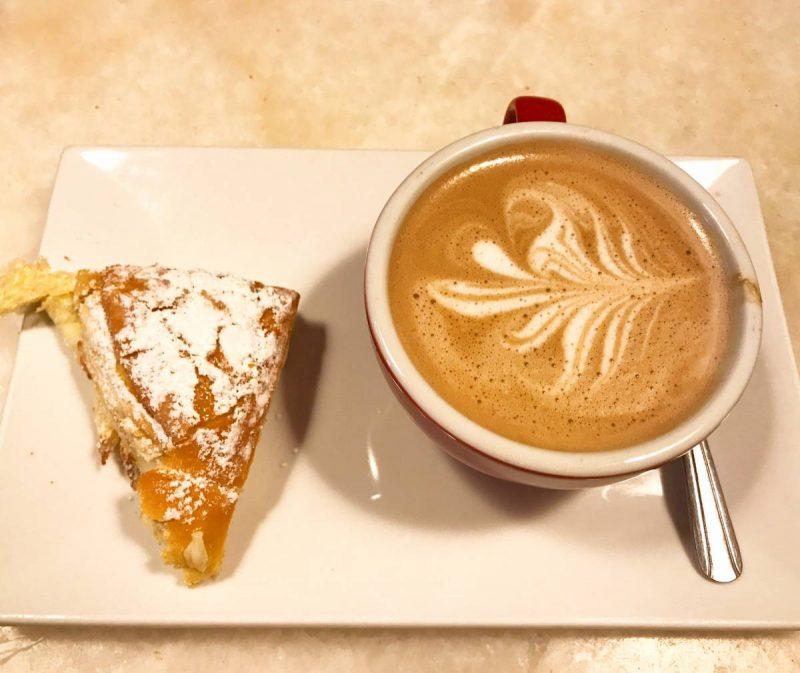 Most people think of the city when they think of Ponce but in fact 80% of the municipality is comprised of farmland.

The soil in Puerto Rico is rich and makes for ideal growing conditions, which is why agriculture and farming were the first commercial industries that the island ventured into.

Perhaps the most famous of all the crops is Puerto Rico’s coffee, renowned around the world. Stop by a hacienda (farm) to learn more about the roasting process and taste the goods yourself.

Hacienda Buena Vista and Hacienda de Café Pomarrosa are both within an hour’s drive of Ponce city center.

These are just some of the best things to do in Ponce, Puerto Rico. 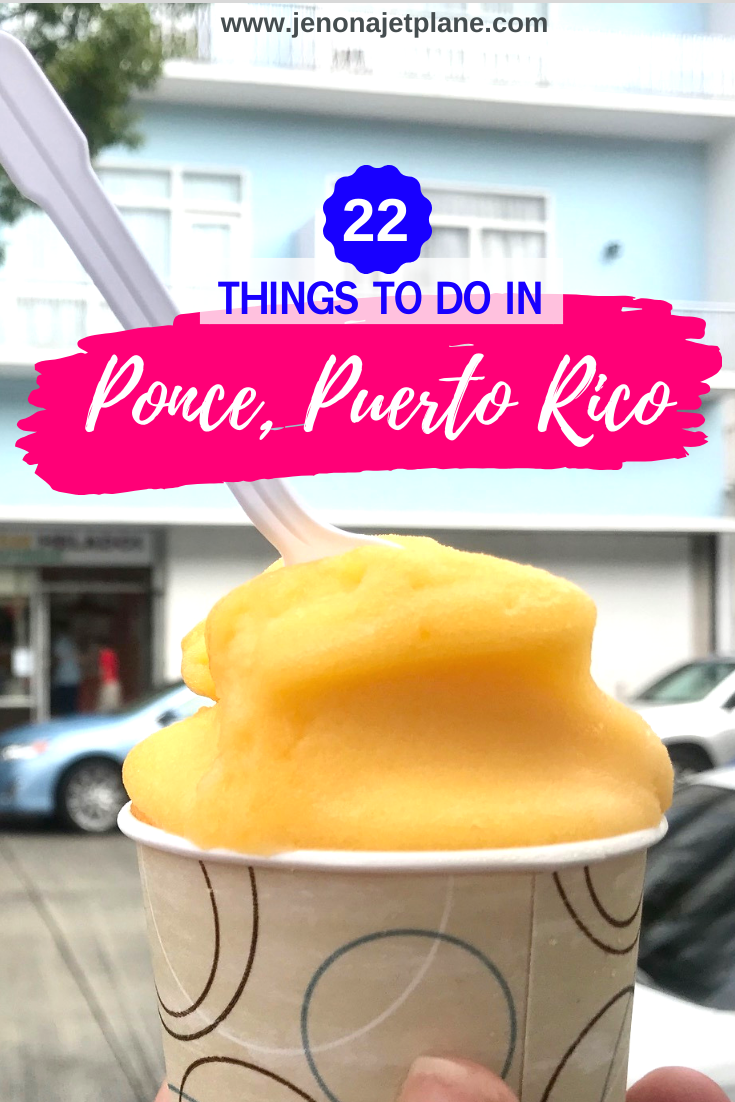 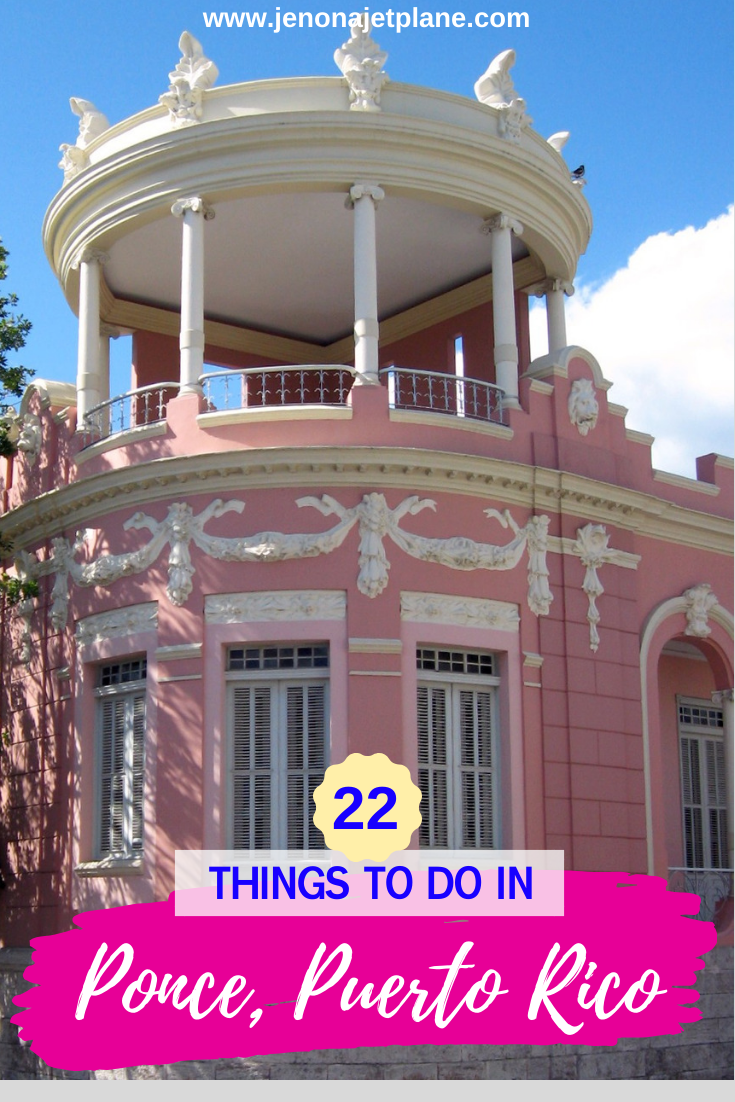 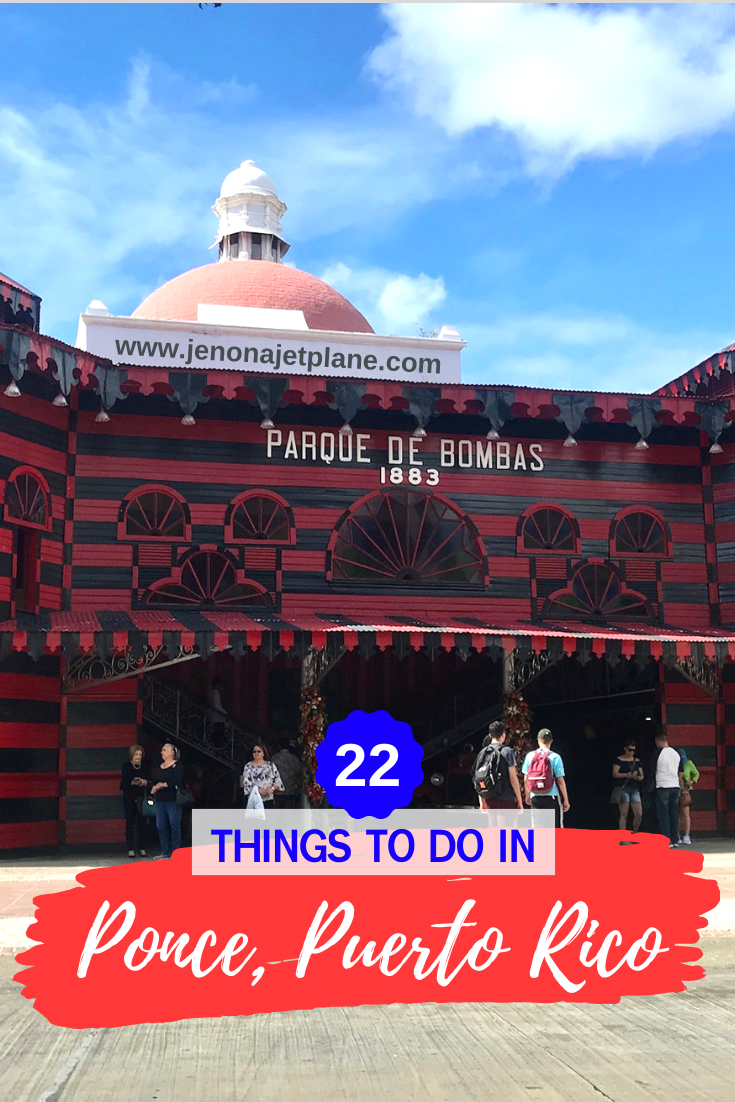 Thank you for your informative article. We are in Ponce now and you’ve helped us fins our way!

You're so welcome, Samantha! Enjoy your visit :)