Planning a visit to the Walkway Over the Hudson State Historic Park in Poughkeepsie, New York? Here’s what you need to know before you go.

Once upon a time, Poughkeepsie, New York served as a thruway. In the years of railroad tycoons and family dynasties, this was a place for trains to pass through while taking passengers and freight from Canada to New York City. It was also a popular area for transporting cargo along the Hudson River.

Today, Poughkeepsie is a destination in its own right. The amount of construction along the riverfront is astounding, with the city growing rapidly. Located less than two hours north of the Big Apple and easily accessible by public transport, it’s a new favorite for residents and visitors alike.

The transformation of the area is due in large part to the Walkway Over the Hudson, which holds the title for the world’s longest elevated pedestrian bridge and draws in more than 600,000 annual visitors to the area.

Once an eyesore, the bridge has been revitalized and transformed into a cultural center where bicyclists, animal lovers and nature enthusiasts alike can all come together to enjoy the view, for free. It’s officially recognized as a state park and staffed by volunteers.

Vertical parks, like the High Line, are all the rage. The object is to shelter people from the city and make them feel like they’re in the country. The 360 degree views on the bridge are unobstructed, save for the chest-height railings. Tours are available for school groups, tour buses or different organizations upon request for a fee.

If you’re in the New York area, the Walkway Over the Hudson is well worth a visit. Here’s everything you need to know to plan a successful trip.

History of the Walkway Over the Hudson 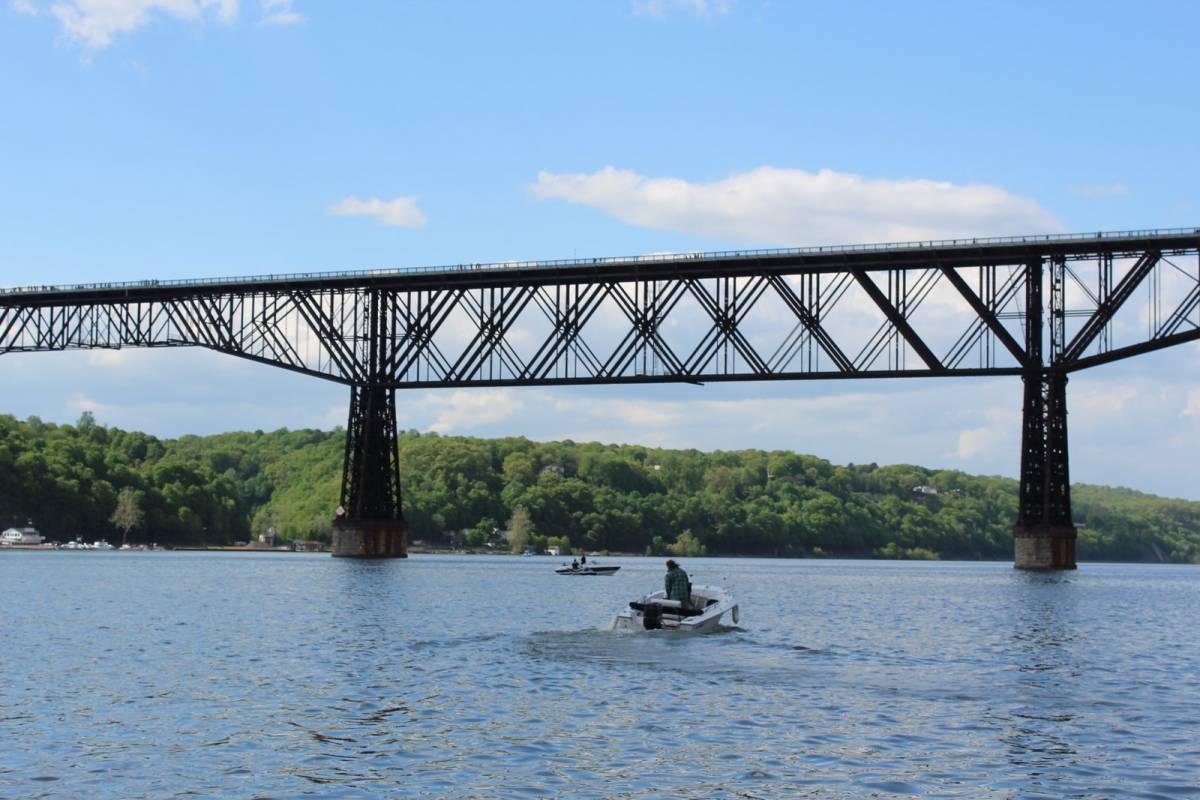 With so many cargo ships, the Hudson River was once badly polluted. What’s worse, efforts to clean the water ended up drudging up all kinds of undesirable content. While it’s still not recommend that you swim in the water, the wildlife population is slowly returning and the condition of the river has drastically improved.

In 1974, there was a fire that burned the bridge badly. Originally, it was the Poughkeepsie-Highland Railroad Bridge. The fire made the bridge non-functional and dangerous. Once pieces starting falling off onto the ships passing below, the U.S. Coast Guard mandated that something be done.

It actually cost less to rebuild the bridge than it would have to tear it down (apparently steel only comes down to the tine of $50 Million), so the fundraising efforts began.

Thanks to a generous $20 Million donation from the Dyson family, the city’s fundraising goal was met and renovation efforts began.

In 2009, on the 400th anniversary of Henry Hudson’s first sail up the river, the Walkway Over the Hudson made its debut.

Today, the New York State Park Department administers the bridge, the New York Bridge Authority is in charge of the bridge underneath the structure and the U.S. Coast Guard retains care and control over the water.

When the walkway officially opened, it was estimated that it would get a quarter million visitors a year, if they were lucky.

The demand for this type of park far surpassed what anyone imagined, with no less than a half a million visitors appearing every year, and counting.

How long is the Walkway Over the Hudson? 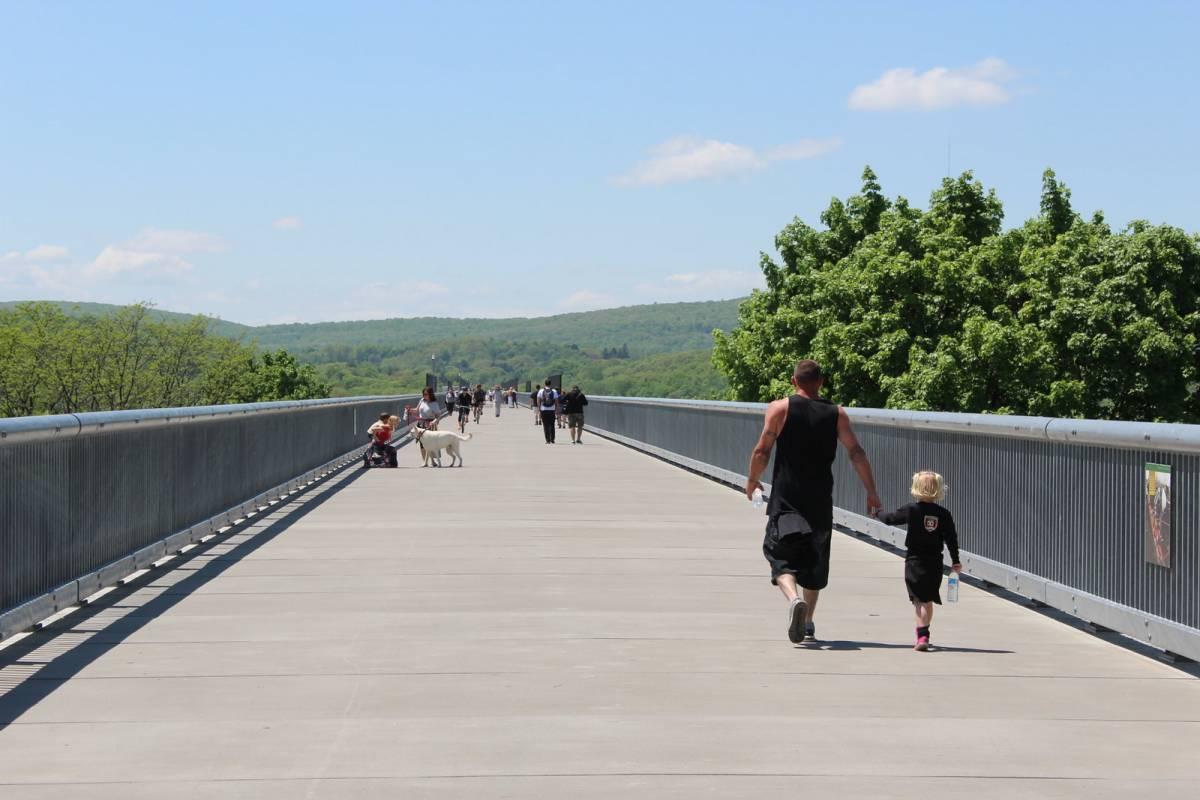 This is the longest bridge of its kind in the world, spanning 1.28 miles long and standing 212 feet above the river. The river itself is only a half mile wide so the bridge expands out onto both ends.

While still under construction, guests will be welcomed by visitor’s centers on both sides, complete with gift shops, restrooms and an outdoor pavilion for picnics.

RELATED POST: VISIT THE WILD CENTER IN THE ADIRONDACKS

Walkway Over the Hudson Hours of Operation 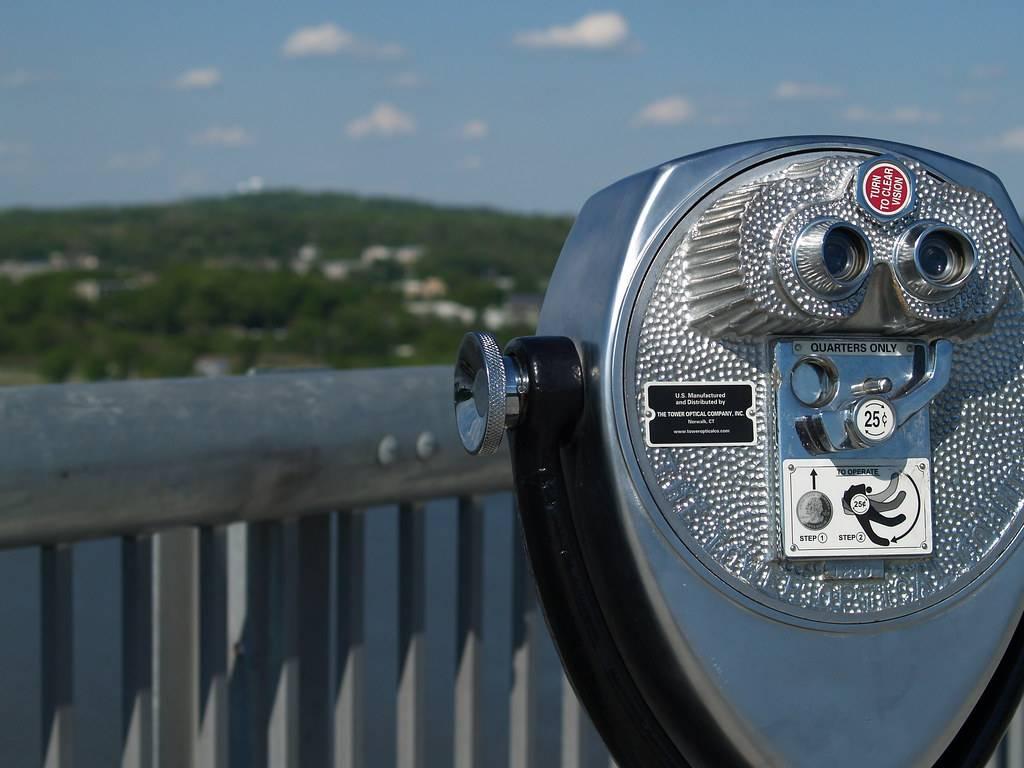 The path is open daily from 7 a.m. to sunset. There may be seasonal closings, so check the website before you go. There are also special events that may fall outside of normal park hours.

I recommend that you visit in the morning if you’re hoping to avoid the crowds. Domestic pets are allowed (on a leash), as are bicycles and scooters.

The park is wheelchair accessible, though you should check before making a trip as the elevator may be closed for upgrades or maintenance as it was both times I was there.

Special Events at Walkway Over the Hudson 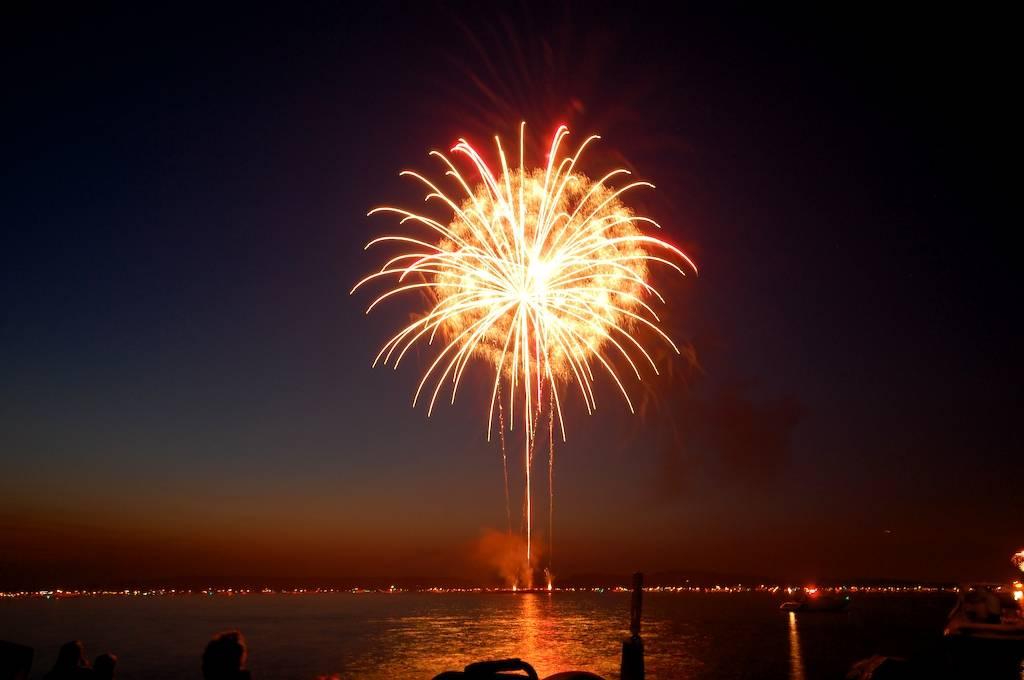 There are several events held here throughout the year. This is a great place to come for Fourth of July as there is a fireworks show put on by the City of Poughkeepsie and the Walkway over the Hudson provides the perfect view for admiring them. Tickets are required and it’s recommended you purchase them well ahead of time as they sell out fast.

In addition, there are sunrise strolls and moonwalks, taking place early in the morning and at night. They also hold a gala in October, host marathons and fundraising walks and have flag changing ceremonies. Check the calendar of events for more details. Tickets are required for certain events, and others are members only.

RELATED POST: 8 BEST THINGS TO DO IN WOODSTOCK, NEW YORK

Address and Parking for Walkway Over the Hudson 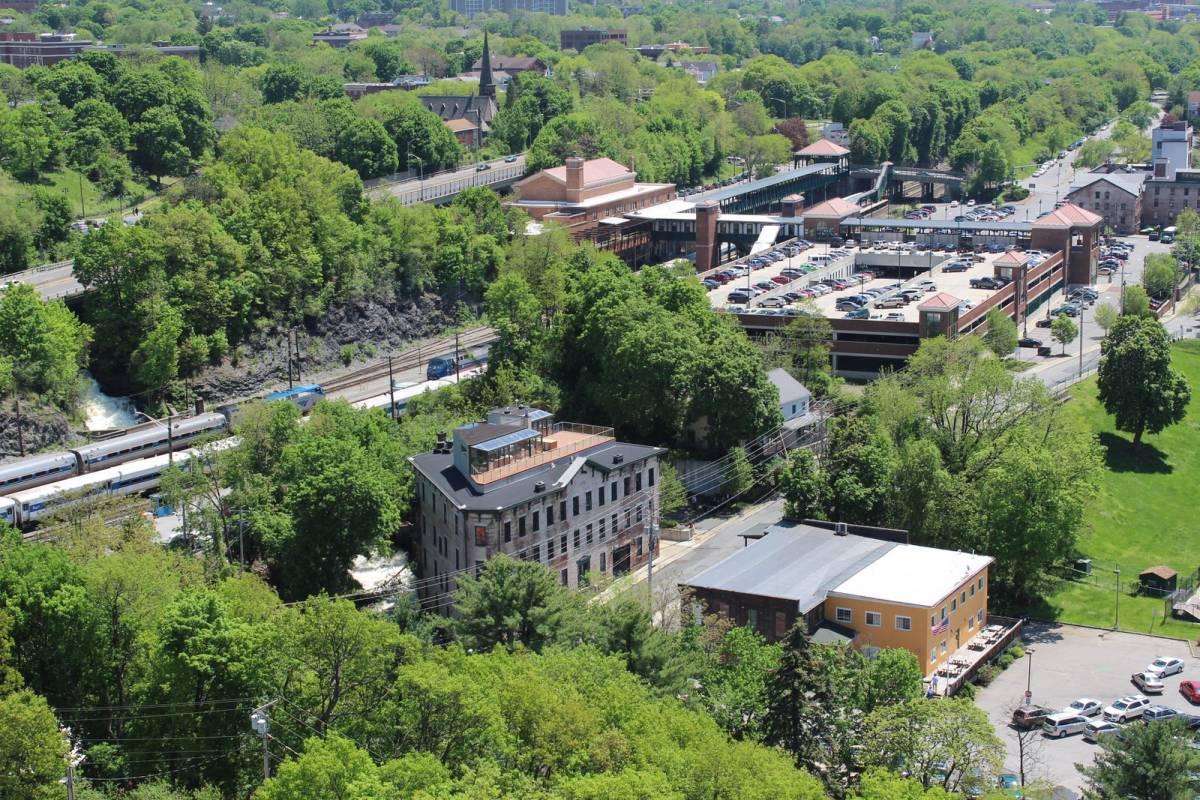 There is no set parking lot or designated parking area for the bridge, unless you’re coming with a tour group in which case they have a space for buses. Mostly, you’re limited to street parking.

It’s a residential area so a lot of the parking is free, though you’ll need to be an expert at parallel parking and have patience in finding a spot. You may end up having to walk a few blocks depending on the demand when you visit.

There’s a parking lot associated with the Poughkeepsie train station, but it gets full quickly and is still more than half mile from the Poughkeepsie entrance, which is where the steps are to access the bridge.

The steps are considered the main entrance and are located at 129 Washington Street. Those looking for the elevator will need to go to the Upper Landing Park entrance at 83 N. Water Street.

You can also enter through the Ulster entrance on the other side of the bridge but parking in that area is limited to pass holders.

Restaurants near Walkway Over the Hudson 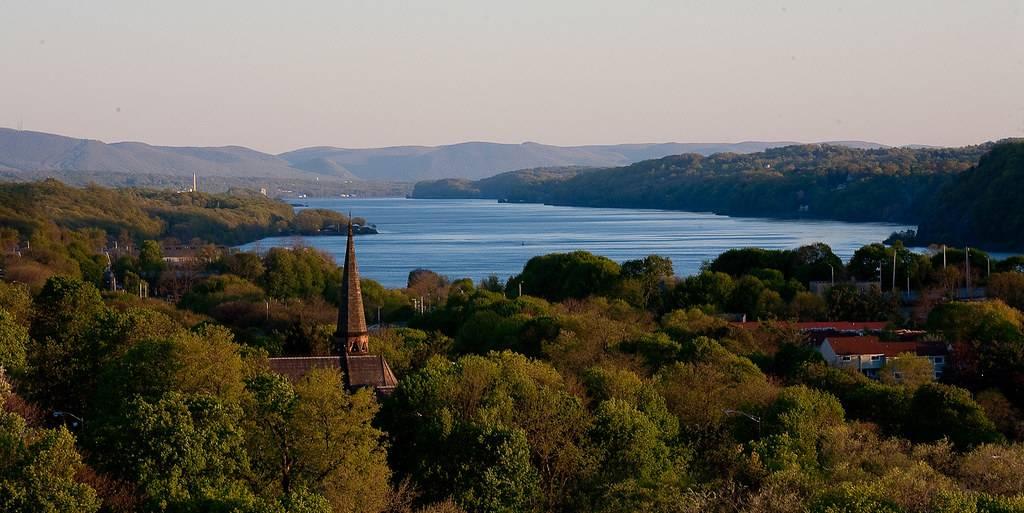 In the time it takes you to trek the nearly three miles it takes to cross the bridge and back, you’ll likely work up an appetite. At the foot of the Washington Street stairs you’ll find two restaurants — Lola’s and Lolita’s Pizza. They have the same owner but drastically different styles.

Lola’s is an informal lunch place with soups and sandwiches. Lolita’s Pizza is more formal dining, even with pizza on the menu. They serve other things as well, like mussels and kale salad. There is a full bar here in addition to a curated wine list.

If you’re willing to drive, I highly recommend dining at the Culinary Institute of America. It’s less than 10 minutes away by car and there are several restaurants on site, ranging from American style comfort food to high-end Parisian dishes.

RELATED POST: A GUIDE TO THE RESTAURANTS AT THE CULINARY INSTITUTE OF AMERICA 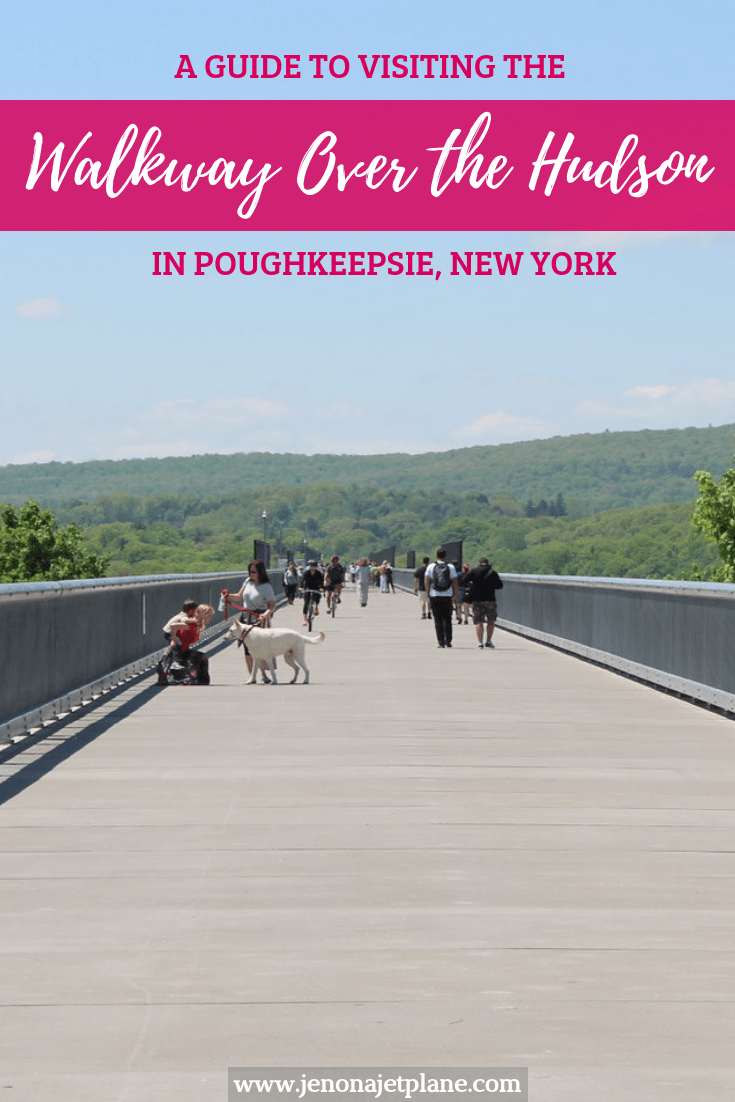 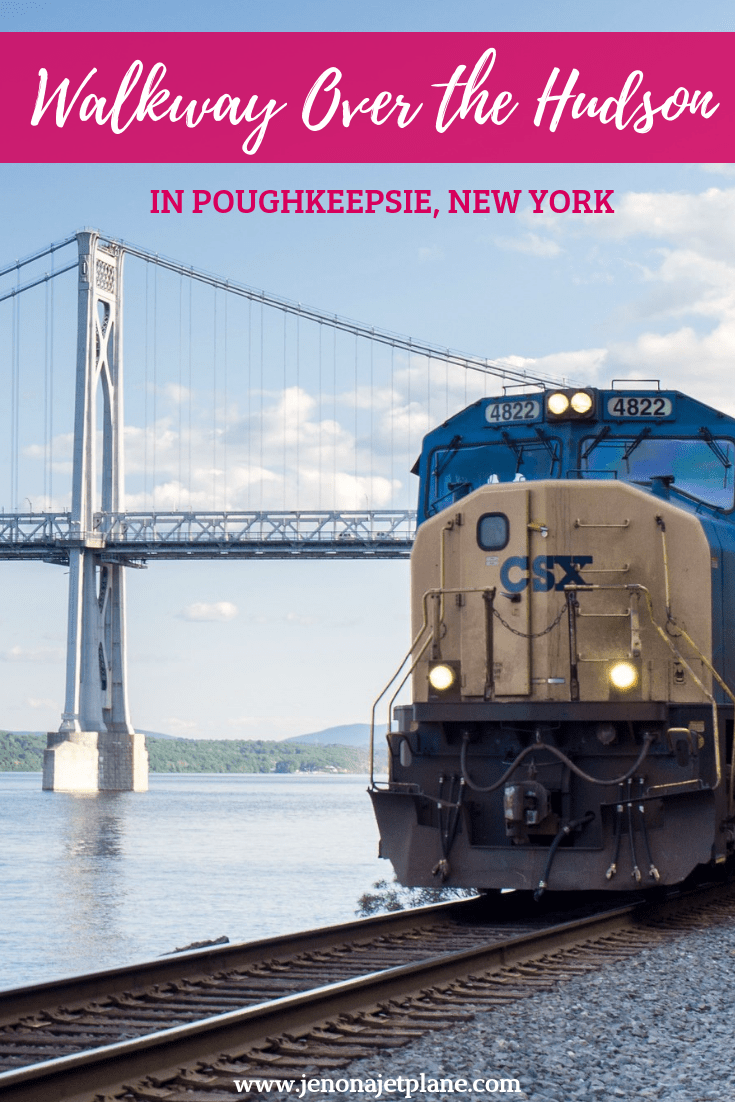 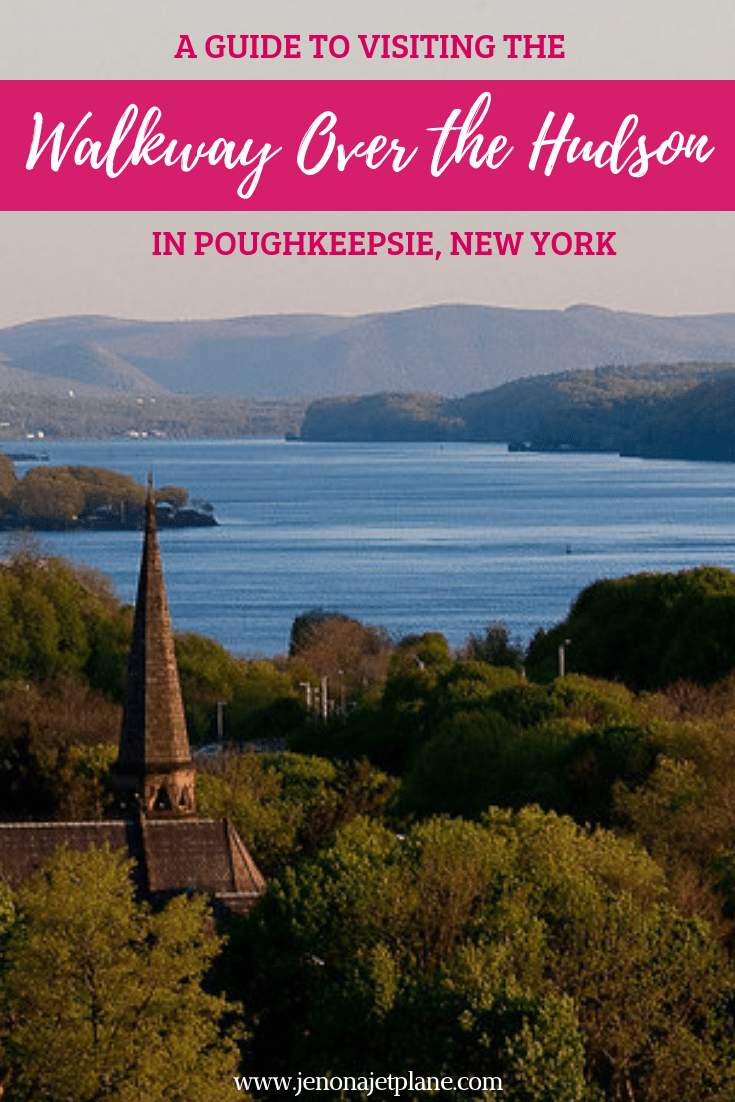 These pictures are so so beautiful ? I am definitely bookmarking this article for when I get to NYC