Thinking about visiting the Duke Lemur Center? Read on for everything you need to know before you go.

I can honestly say the last place I expected to find lemurs was in North Carolina. Aside from cartoon versions, I had never seen one in real life and wasn’t even sure what they were.

Were they like bats? Were they nocturnal? I knew they had beady eyes. That was about it.

Now, I know more about lemurs than ever, and have met quite a few. That’s because I had the privilege of visiting the Duke Lemur Center.

What is the Duke Lemur Center?

The Duke Lemur Center is a research facility in Durham, North Carolina that has the largest population of lemurs outside Madagascar.

They’ve had an agreement with the government of Madagascar for some time and are doing their best to preserve the lemur population, many of which are critically endangered.

They focus on raising community awareness, conserving different lemur types and learning as much as possible about these animals.

They’ve been in operation since 1966, span over 85 acres and have over 200 animals on the premises. 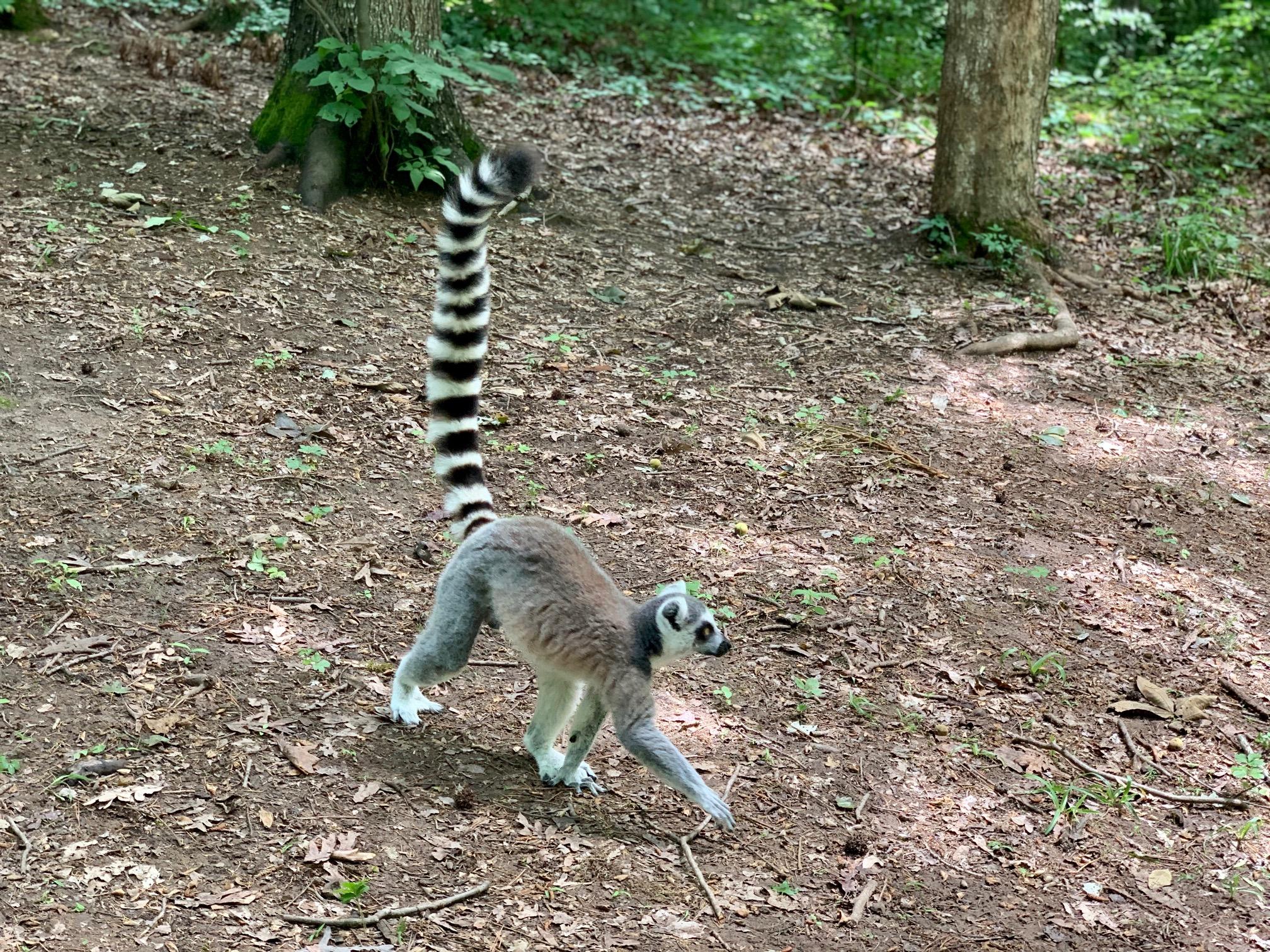 Lemurs are the world’s oldest primates. Besides humans, they are the only primates that have blue eyes (not all, just the blue-eyed black lemur).

They have a female-dominated society, so King Julian in the Madagascar movie would have actually been a queen in real life.

They function in family units and get traumatized when they’re split up. A lot of people buy lemurs as pets, not realizing that they’re wild animals ill suited for the home.

They communicate by scent, so it’s important that they be able to mark places and other animals (not ideal for a household).

They’re generally quadrupedal but certain lemurs are bipedal. The first time you see them hopping sideways on two legs will catch you off guard!

Perhaps that’s the biggest lesson of all. While many people picture the ring-tailed lemurs made famous by pop culture, there are dozens of different types of lemurs with varying colors, movements and mannerisms. 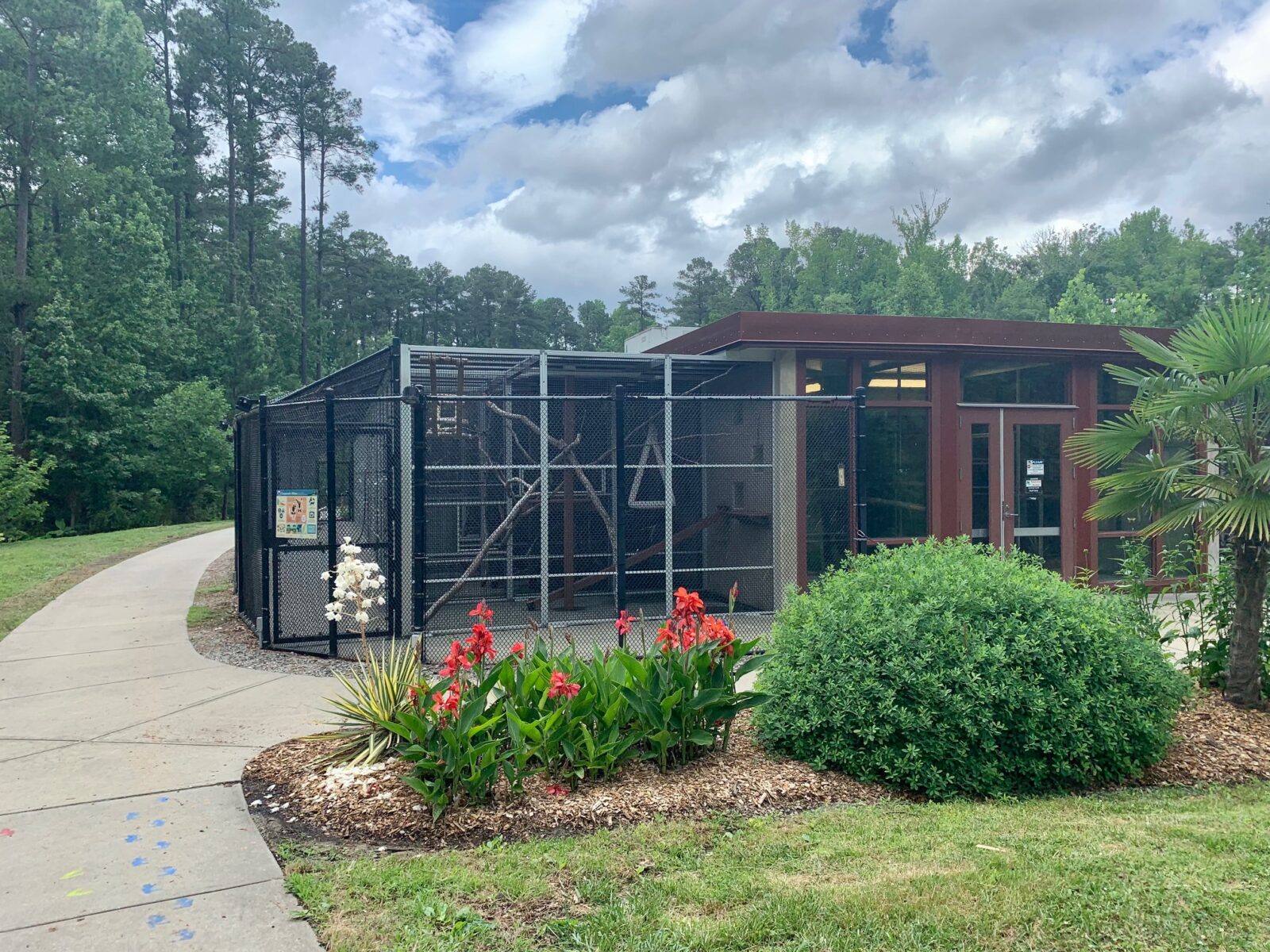 The Duke Lemur Center had one very famous resident — Jovian, the actor known as Zoboo in Zobomafoo. He lived from 1994 to 2014 and singlehandedly brought more than 15,000 visitors a year to the Center.

While he’s no longer at the center, he had 12 offspring and as of 2020 the Center welcomed two new babies to his family, a nephew and grandson.

Tours of the Duke Lemur Center 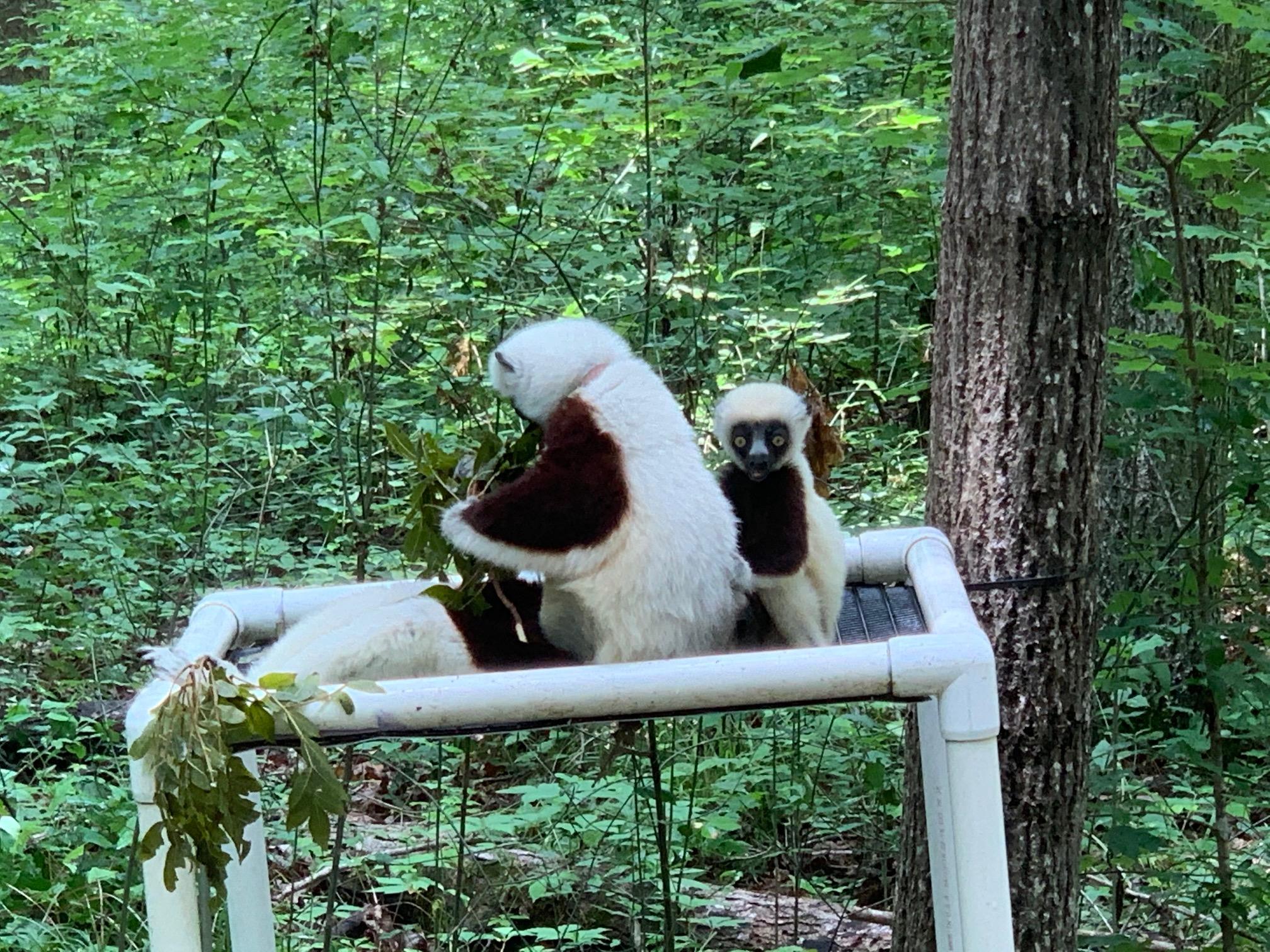 Reservations are required in order to visit the Center so make your bookings far in advance. No walk-ins are accepted.

There are two tours offered: a general tour and a premium tour.

The general tour can be done self-guided (on Friday or Saturday evenings) or with a small group generally. It costs $14/person plus tax and includes a cursory view of the lemurs housed around the walking trails. There are 17 lemurs total representing 8 different species.

The premium tour costs $95/person and is well worth the upgrade. Instead of seeing lemurs through the barrier of a cage, you’ll get to walk with them unrestricted in the forest, see them being fed and appreciate them in their natural habitat.

Note — at no point in time can you feed or touch the lemurs. In fact, touching a lemur is a fireable offense for the staff. All tours are strictly hands off to maintain as much normalcy for the animals in their habits and interactions as possible.

Can’t make it in person just yet? There’s a 75-minute virtual tour offer that’s free to watch around the world. 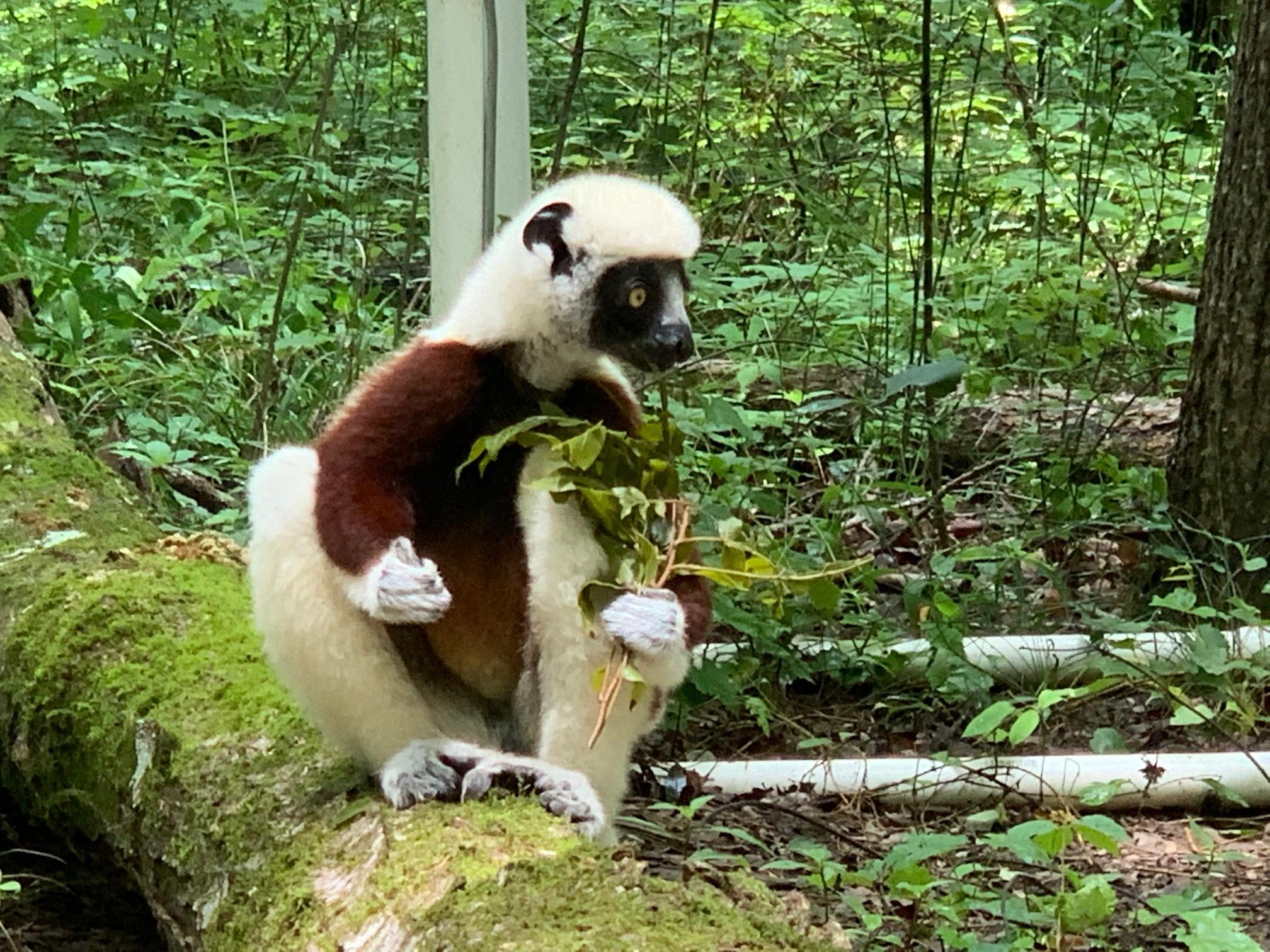 You’ll need to wear closed toed shoes for your visit.

They have certain lemurs that they release to roam freely around the property. In order to be given this access they have to be healthy, with no geriatrics or mobility issues, they must return on their own to the center and they cannot bite.

If you see a lemur roaming wild, rest assured the staff knows about it and they lemur has been granted special privileges.

Critically endangered is the most endangered an animal can be before going extinct, so take advantage of the opportunity to support and learn more about these unique creatures.

You’ll see paintings of lemur footsteps throughout the guest trail. These were hand painted as part of a Girl Scout project, where they measured out the steps of each lemur and made custom paw prints.

The Center is very active on social media so make sure to tag them in all your pictures. They even got Mark Hamill to respond on Twitter when some new babies got Star Wars themed names.

RELATED POST: 25 FUN THINGS TO DO IN DURHAM, NORTH CAROLINA