I had the pleasure of staying at the Hotel Cortijo del Marques in Granada, Spain, and it was one of the most unique and special places properties I’ve ever visited.

The estate is more than 500 years old. The owners, Silvia and Eilko, used to work in the corporate world and decided to invest in a hotel when the opportunity presented itself a few years ago. Since then, they’ve taken great care to preserve the space and create a relaxing retreat that seamlessly combines old and new.

It’s this attention to detail that’s earned them wide critical acclaim and made this secluded spot 20 minutes outside of Granada, Spain one of the most in desirable vacation destinations in all of Andalusia.

RELATED POST: 10 BEST THINGS TO DO IN BARCELONA, SPAIN

Where is the Hotel Cortijo del Marques? 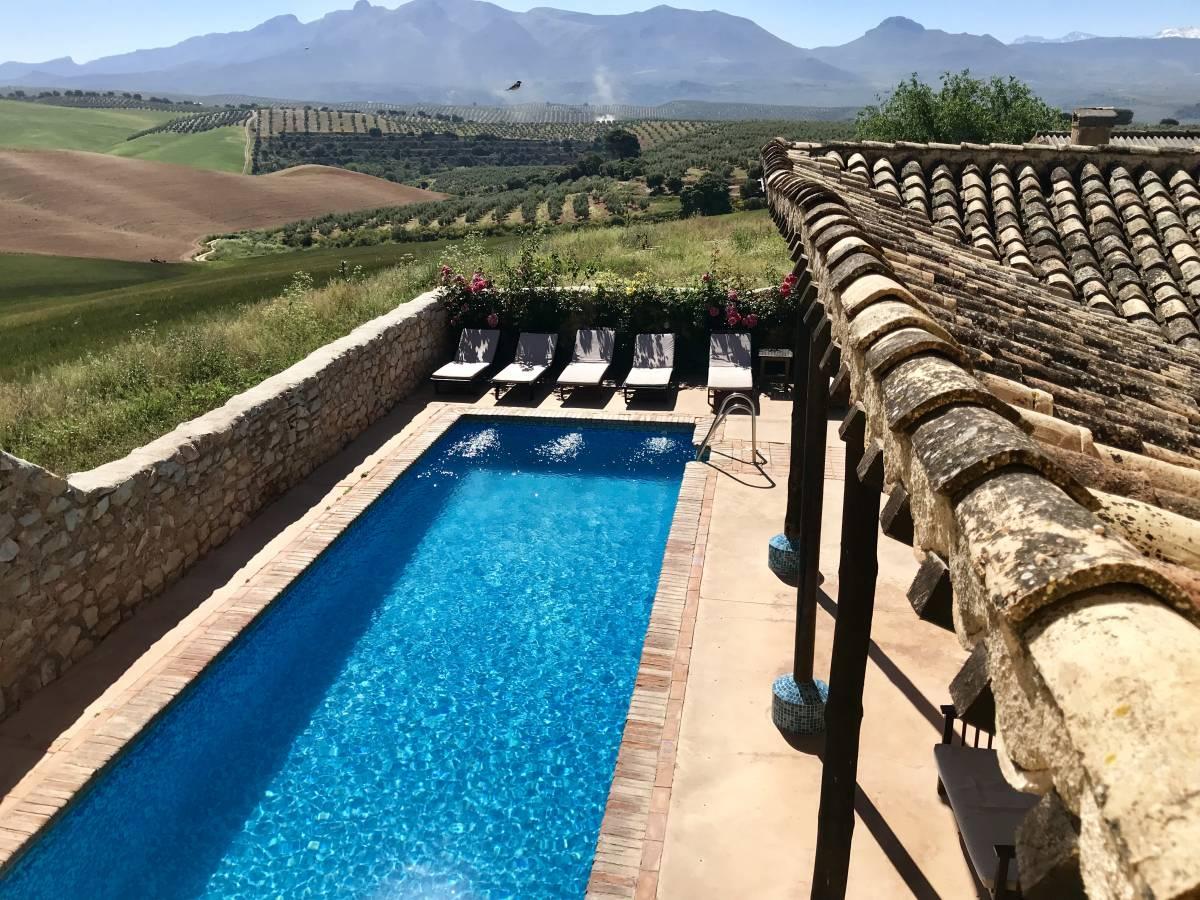 The Hotel Cortijo del Marques is located near Granada, Spain, nestled in the Spanish countryside amidst endless olive groves with the Sierra Nevada Mountains in the background. To get to the city center, and the Alhambra, it’s about 20-30 minutes on the highway if you’re driving.

I do recommend getting a car if you’re staying here as it’ll make your life much easier than having to secure a taxi. WiFi is available throughout the property, but it’s not the strongest due to its remote location.

It’s about a 5 hour drive from Madrid. There are buses available to the area if you are arriving via public transport.

When you arrive, make sure you follow the directions sent to you by Sylvia since Google Maps and Apple Maps don’t have the location of the property pinged just right. When you get off the highway and hit the traffic circle, follow the signs for the Cortijo del Marques.

There is one dirt road to and from the property and it’s the only way to access it. The ride is about 4km from that point and the route is well marked with signs along the way.

While it’s scenic year-round, a visit in the spring and summer months is really special as you’ll see the surrounding fields in full bloom. It’s an annoyance to the local farmers but the fields surrounding the Cortijo del Marques were covered in red poppy flowers when I arrived. It looked like something out of a postcard.

History of the Property 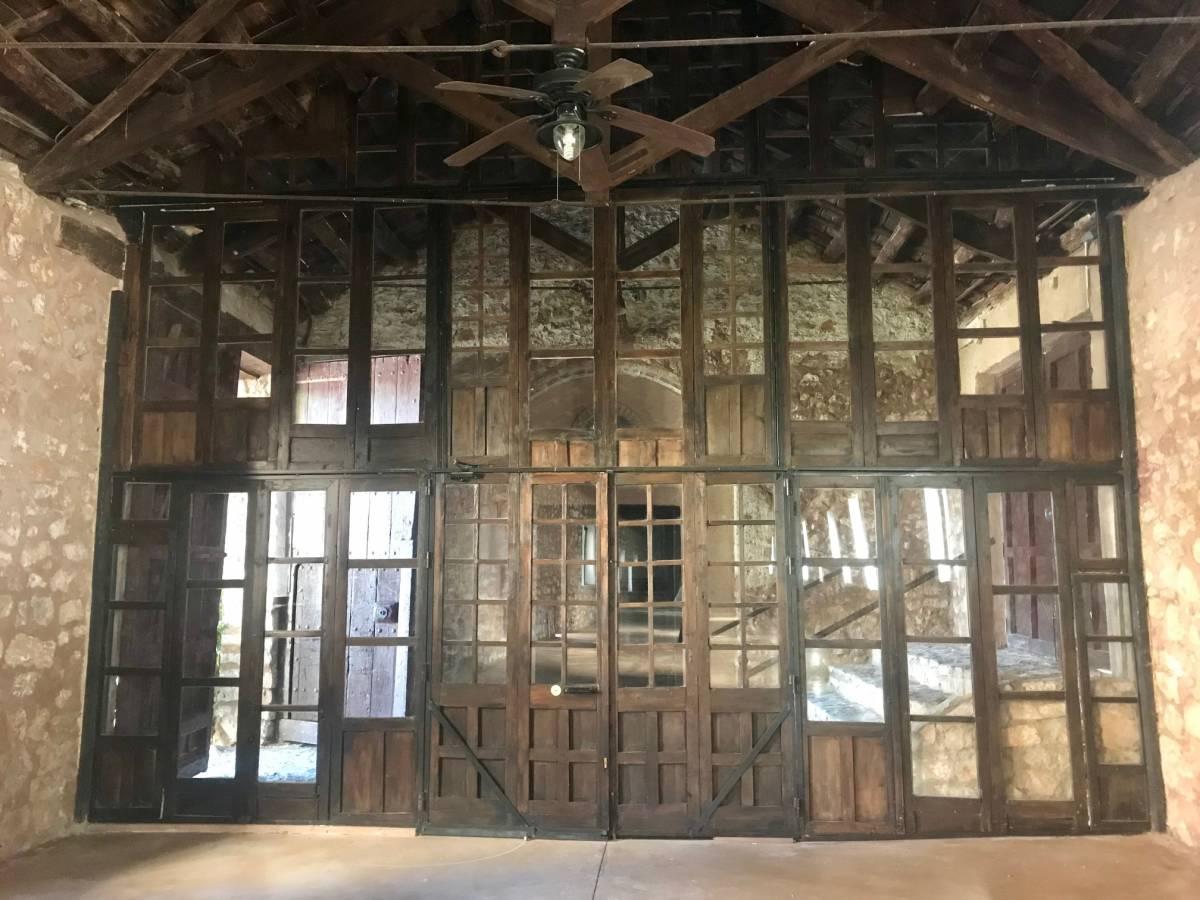 When the Catholics conquered the Moors in the 1400’s-1500’s and took over what we know as Spain, the Moors were forced to forfeit much of their property. One large agricultural property transferred to the Marquis of Mondejar came to be known as the Cortijo del Marques.

In the late 1800’s a chapel and tower were built, making the property resemble more of a small village than a farm. The property served many purposes, from farmhouse to barracks, before falling into disrepair at the end of the 20th century.

That’s where Silvia and Eilko came in and saw the potential to restore the property to its former grandeur. They have worked tirelessly to preserve the elements of the original house and reuse as much material as possible. The wall pictured above, for instance, is made of old shutters from the rooms. This makes a unique talking point and is a much better alternative than throwing the shutters away after the windows were updated for climate control and efficiency. 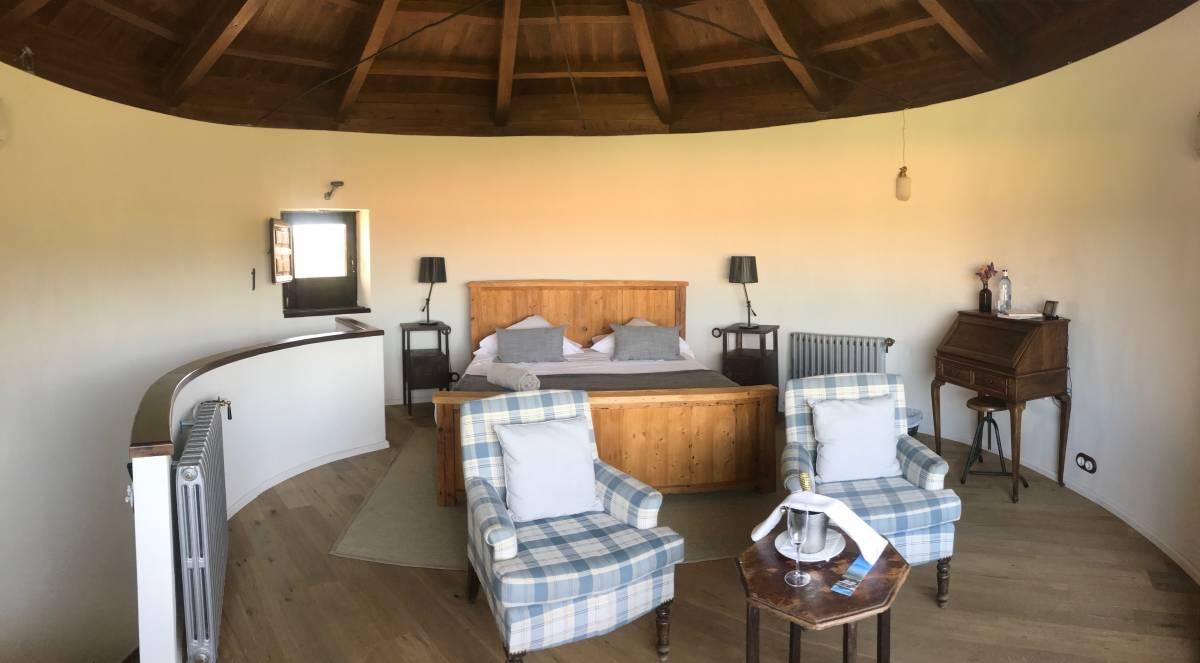 Each room is distinct, and you have the opportunity to compare and contrast them directly at the website to select the one that works best for you. Many have original details. A room where pigeons used to be kept, for instance, has the stone coops incorporated into the design, resembling a giant wall with shoe cubbies.

Another room that used to hold and feed horses now has the troughs refinished and makes up part of the design.

There are wheelchair accessible rooms available. There are also rooms with a greater capacity to fit a family if you need more space. The “Los Aljibes” family suite is complete with Roman columns and a tile bathtub fit for a king.

I had the pleasure of staying in “El Silo,” a renovated silo featuring a two-story suit inside with panoramic views of the surrounding fields. There was also a clawfoot tub, rain tub shower and custom built bed with blackout curtains that allowed me to have the best sleep of my trip.

The only sounds you’ll hear are the birds — there are plenty here. It’s a welcome break from the sounds of car horns and throngs of people.

RELATED POST: 15 THINGS TO KNOW BEFORE YOU VISIT MADRID

Restaurant at the Cortijo del Marques 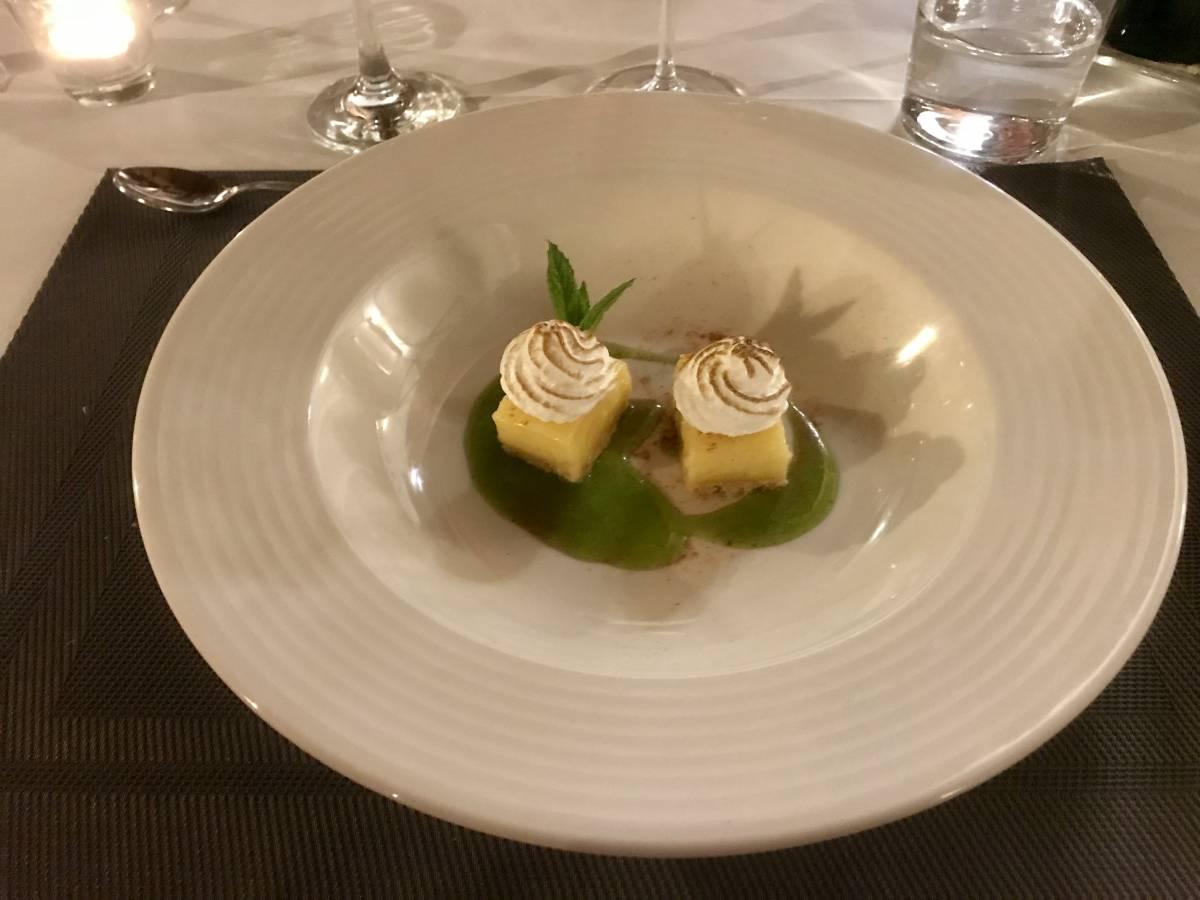 If you’re hungry, don’t worry, you don’t have to leave the property. Breakfast is served every morning at the on site restaurant, buffet style featuring fresh-squeezed juice, Spanish ham, hot items like fried eggs and sausage, sliced fruit and breads and cereals.

At night, the resident chef prepares a special dinner featuring local ingredients. There’s a different 3-course menu every day, with the staff purchasing the ingredients that afternoon to ensure the produce is consumed at its peak. In addition, there’s an extensive bar and well curated wine list, sure to please even the pickiest connoisseur. 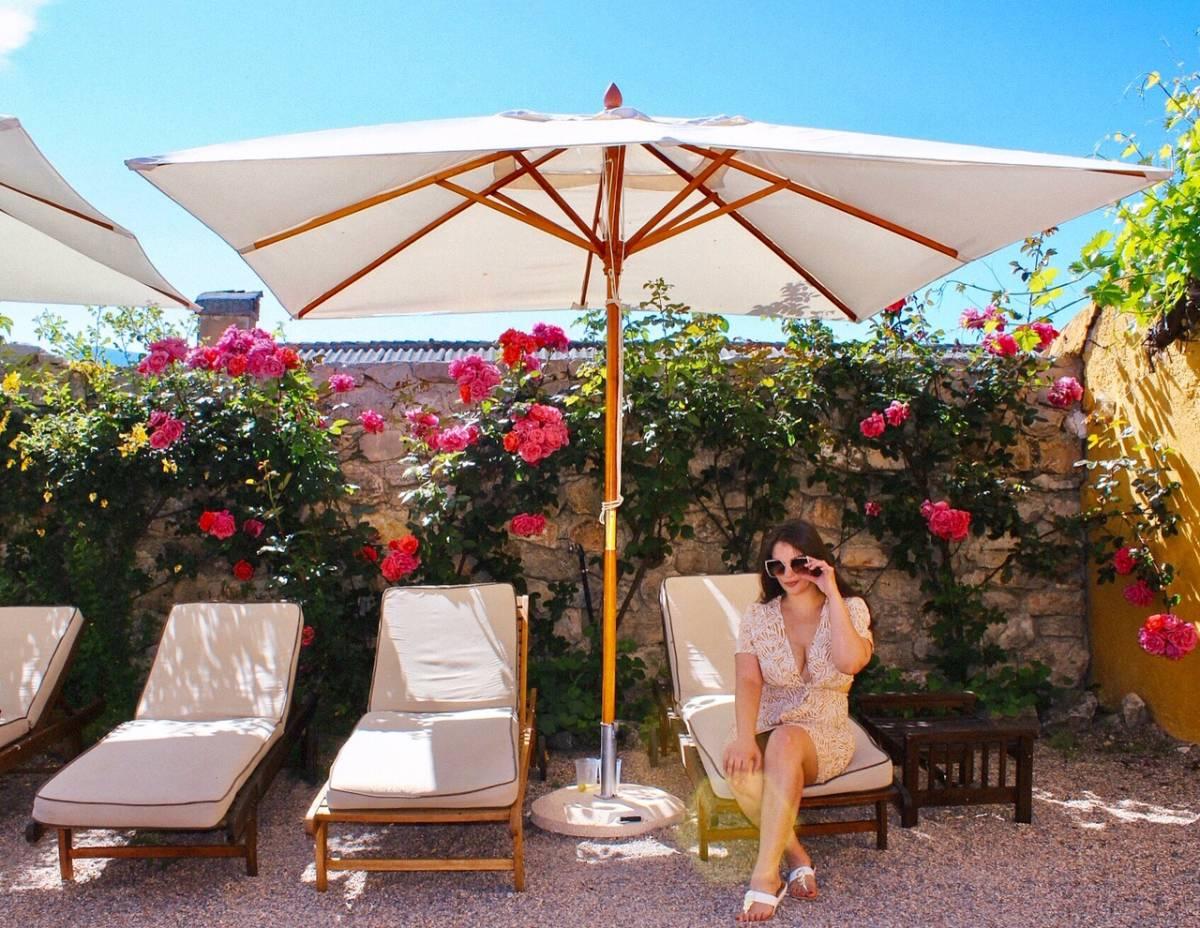 In addition to WiFi throughout, there is free parking outside. There is a pool area with stunning mountain views, as well as seating throughout the courtyard and the ability to reserve activities during your stay, from horseback riding to flamenco shows.

There are no televisions in the room, which I appreciated because it gave me a chance to enjoy my surroundings more. There was ample hot water. The rooms are climate controlled, meaning you don’t have a remote to control the settings, but the temperature was pleasant and it gets very cool at night.

The rooms come equipped with a blowdryer, in-room safe and robe. 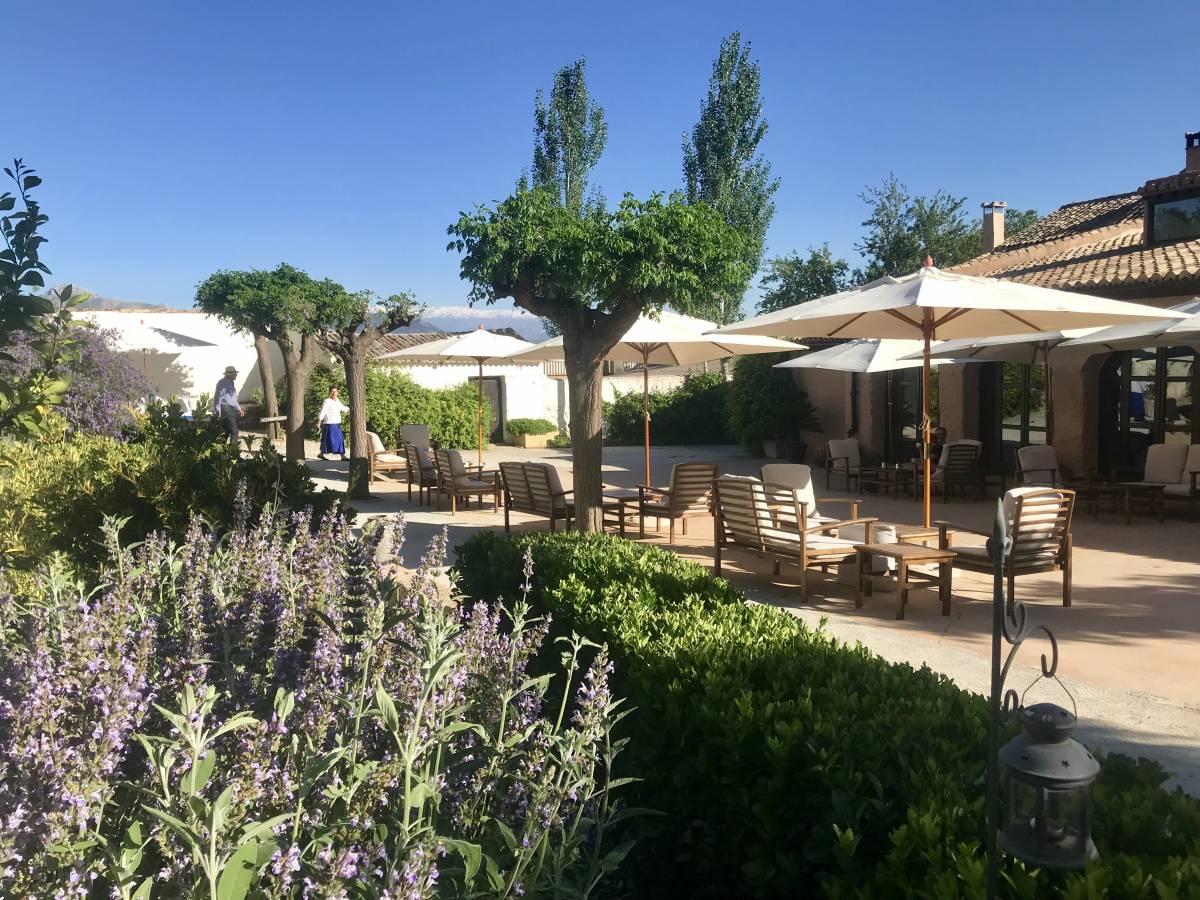 Note that the property is closed in the winter months, from November to March. There are only 15 rooms available, so book your stay well in advance to guarantee your spot and the particular room you’re looking for.

Overall, I highly recommend this property. If you’re visiting Granada and looking for a one-of-a-kind experience, make it a point to stay at the Cortijo del Marques.

*The Hotel Cortijo del Marques provided me with a complimentary stay in exchange for my review. All opinions are my own. 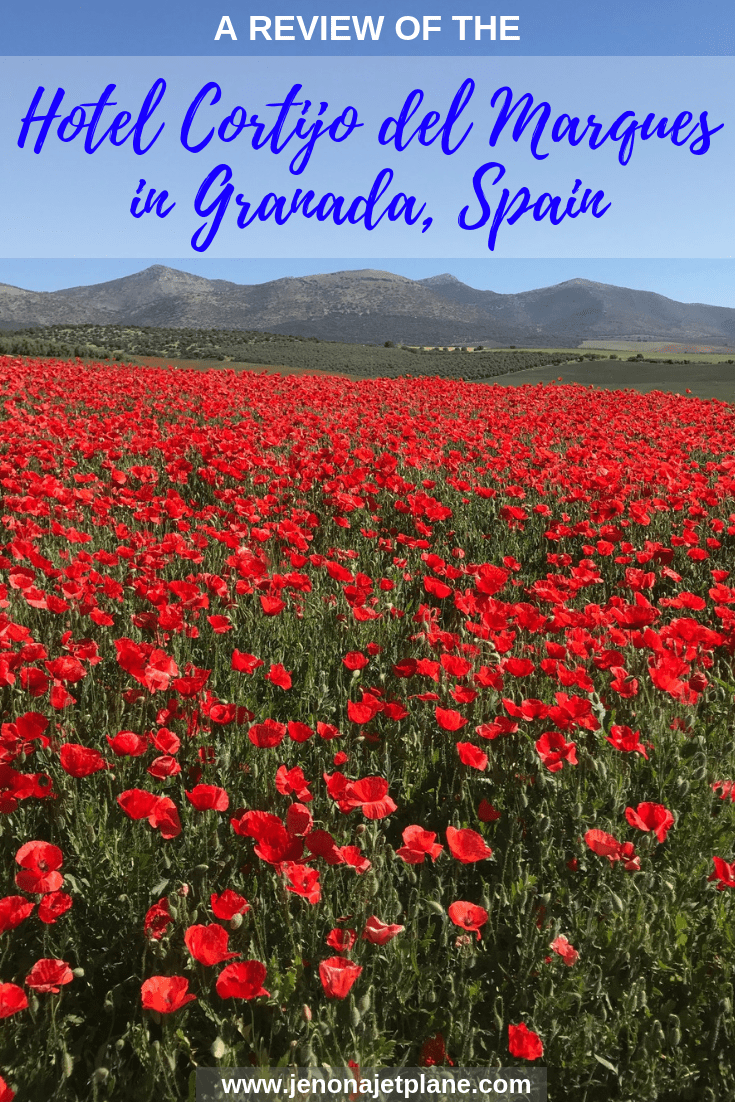 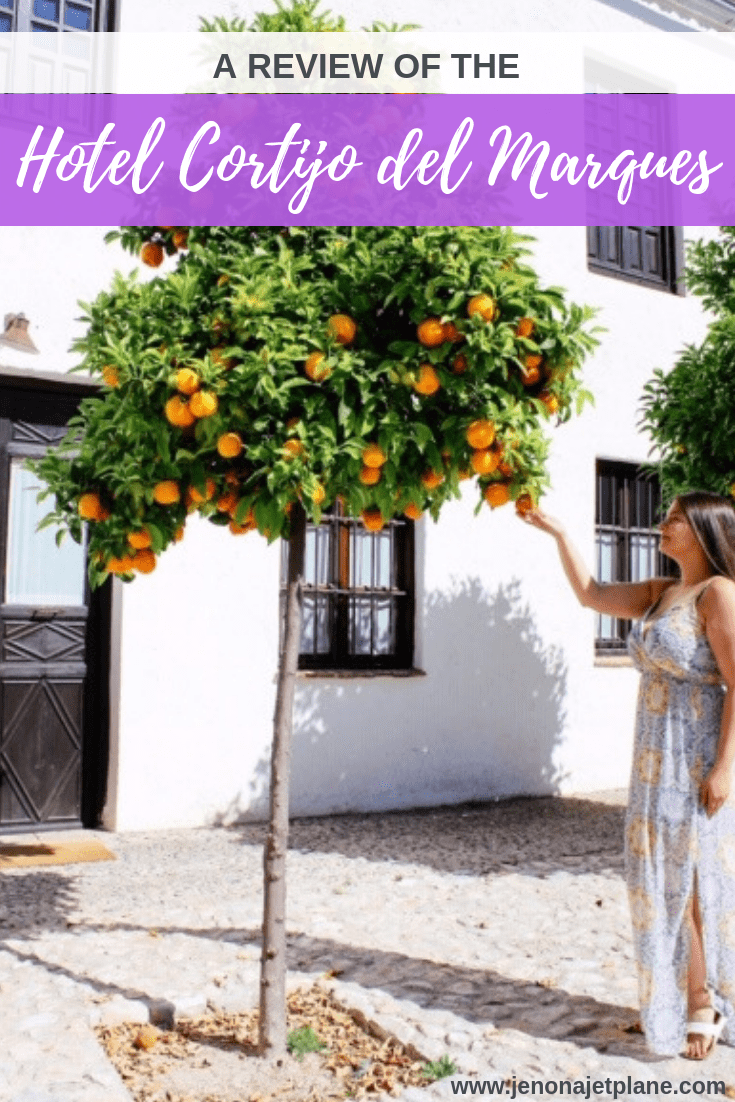 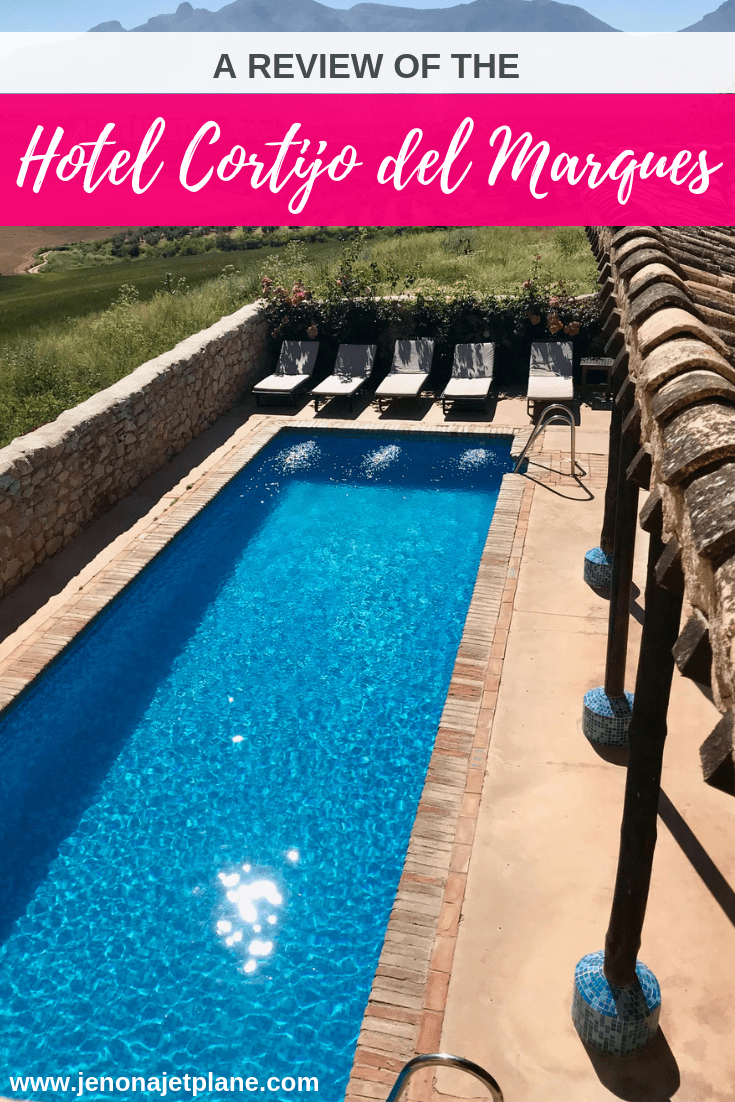